Ars-ky & Hutch: The (Not So) Deadly Impostor

Ars Longa (latin for Art is Long) is a new company that has begun producing baseball cards (or art cards, as they refer to them) made to simulate vintage cardboard.  But, it's not like they are trying to pass them off as antiques and con innocent collectors like us, they're just trying to pay homage to a bygone era.

By vintage, I don't mean the 50's; we're talking pre-1900 here.  Ars Longa was started by a guy who wanted to shine the spotlight on some ballplayers who time has passed by - guys he's always wanted to collect but never had the coin to afford such artifacts.  This is a cause that I think we can all relate to.

These art cards feature long-since forgotten players (stars & otherwise) with vintage pictures and designs meant to evoke the old-timey tobacco cards of the day.  The card material is even artificially stressed in order to foster the illusion of a 120 year old piece of cardboard.

The company has a few different themed sets and they are all produced in limited runs, exclusively through their eBay store.

Needless to say, with the era and players that they are choosing to showcase, these cards could prove to be very helpful in my Cubs All-Time Roster collection.  Thus, I knew I had to at least give them a shot.

I was rather excited to see this fall out of my mailbox yesterday: 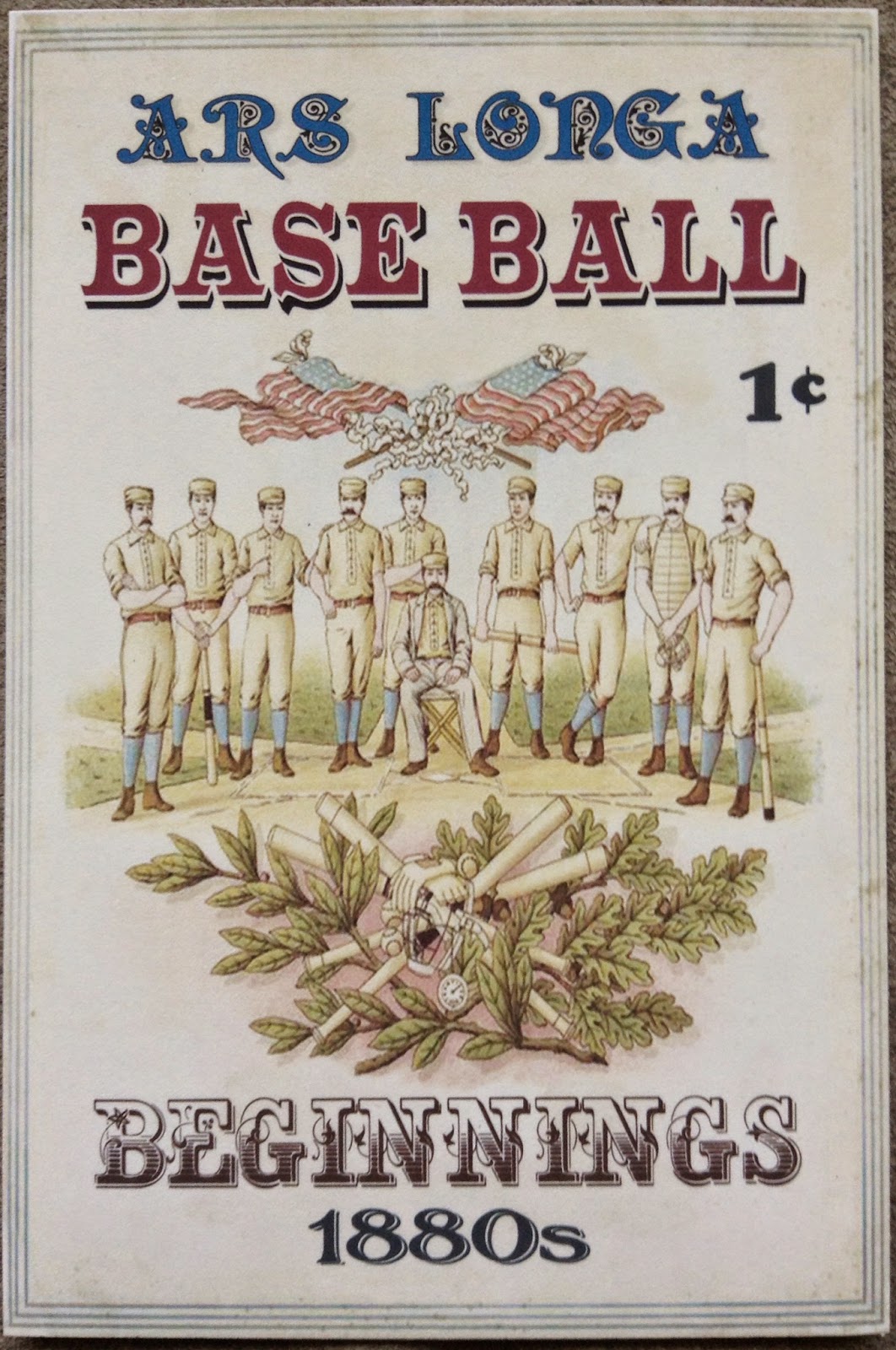 I love the packaging, it maintains the theme very well without trying too hard.  Also, apparently if you collect ten of these "thank you" cards and mail them back, you get an exclusive card that is otherwise unavailable.  But, seeing as the price of a single card is upwards of $7, that's an expensive task. 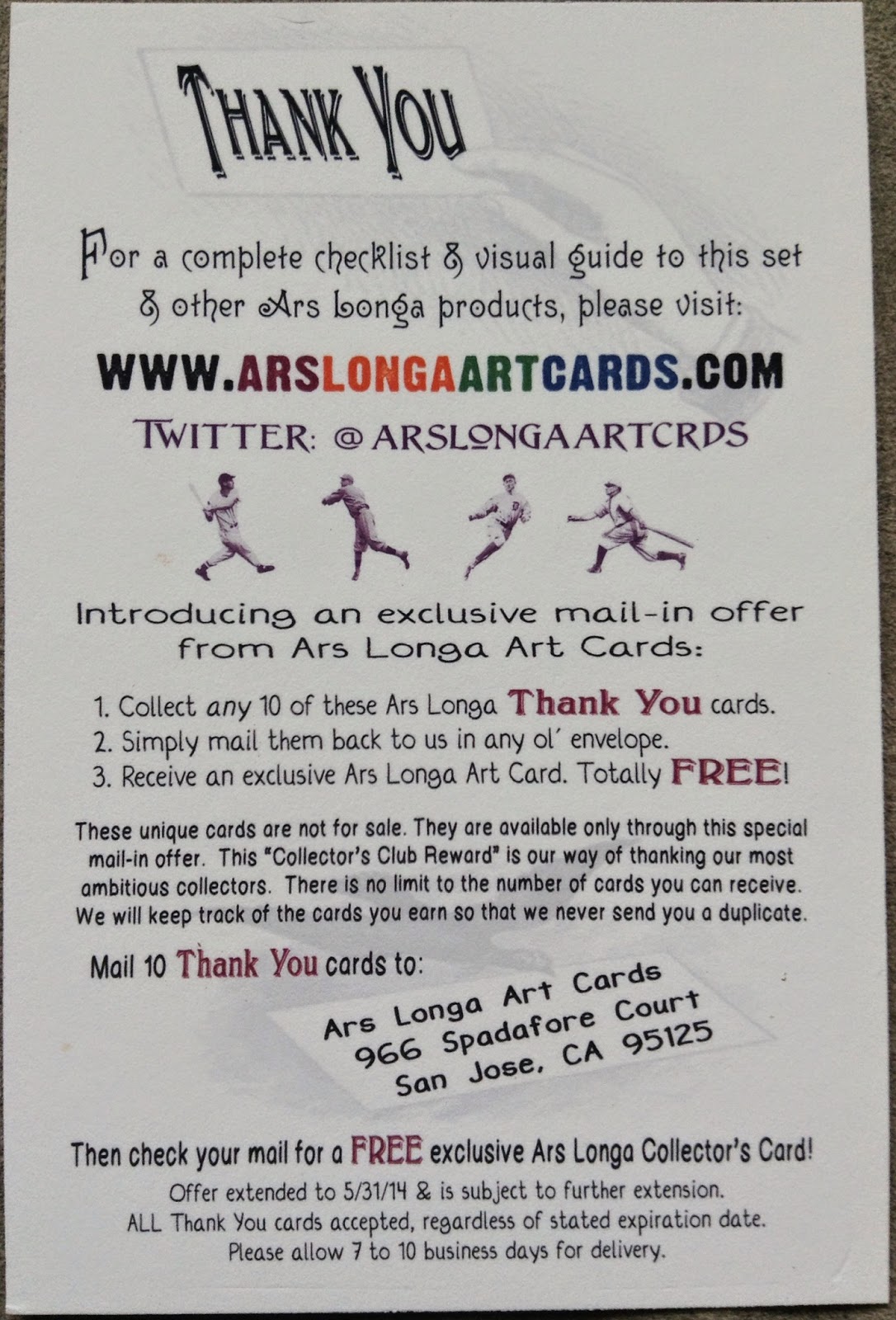 Let's take a look at the card itself though; I know you're dying to find out what ancient Cub I excavated! 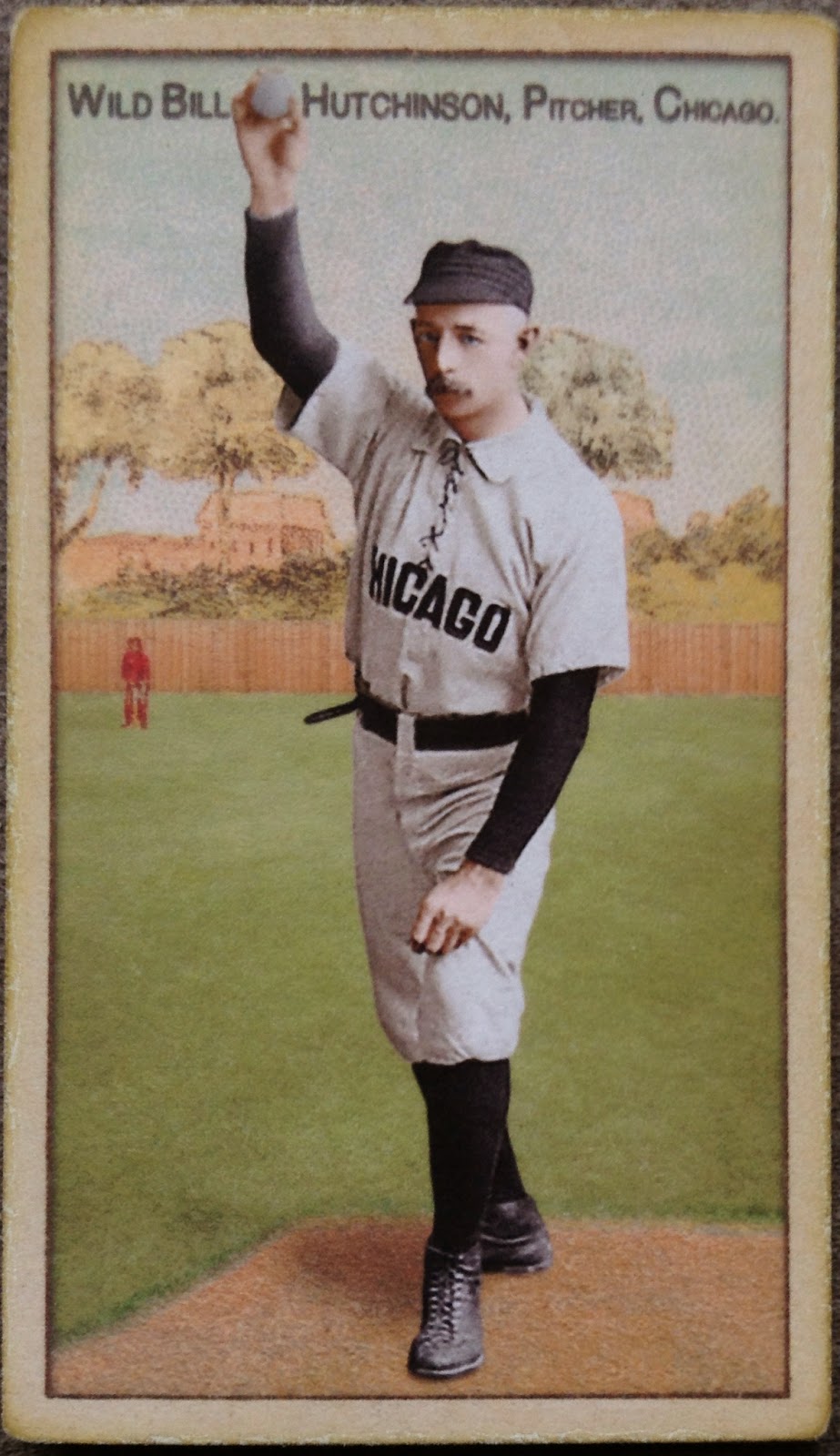 "Wild Bill" Hutchison (or Hutchinson depending on the source) might be the greatest Cubs pitcher you've never heard of.  He went on an unprecedented three-year period of dominance in the 1890s, when the Cubs were known as the Colts, only to fall back to earth and go out with a whimper.

Also, I have to say, the age-illusion is very well kept; when I first held this card in my hand, I instinctively wanted to tuck it right back into a protective casing, lest I damage a piece of history.  The printing is excellent, using old lithographs and colorized photos on hand-drawn backgrounds that create a beautiful scene.  The card-stock even feels old!  Not to mention the fictional advertisement on the back; a fantastic touch! 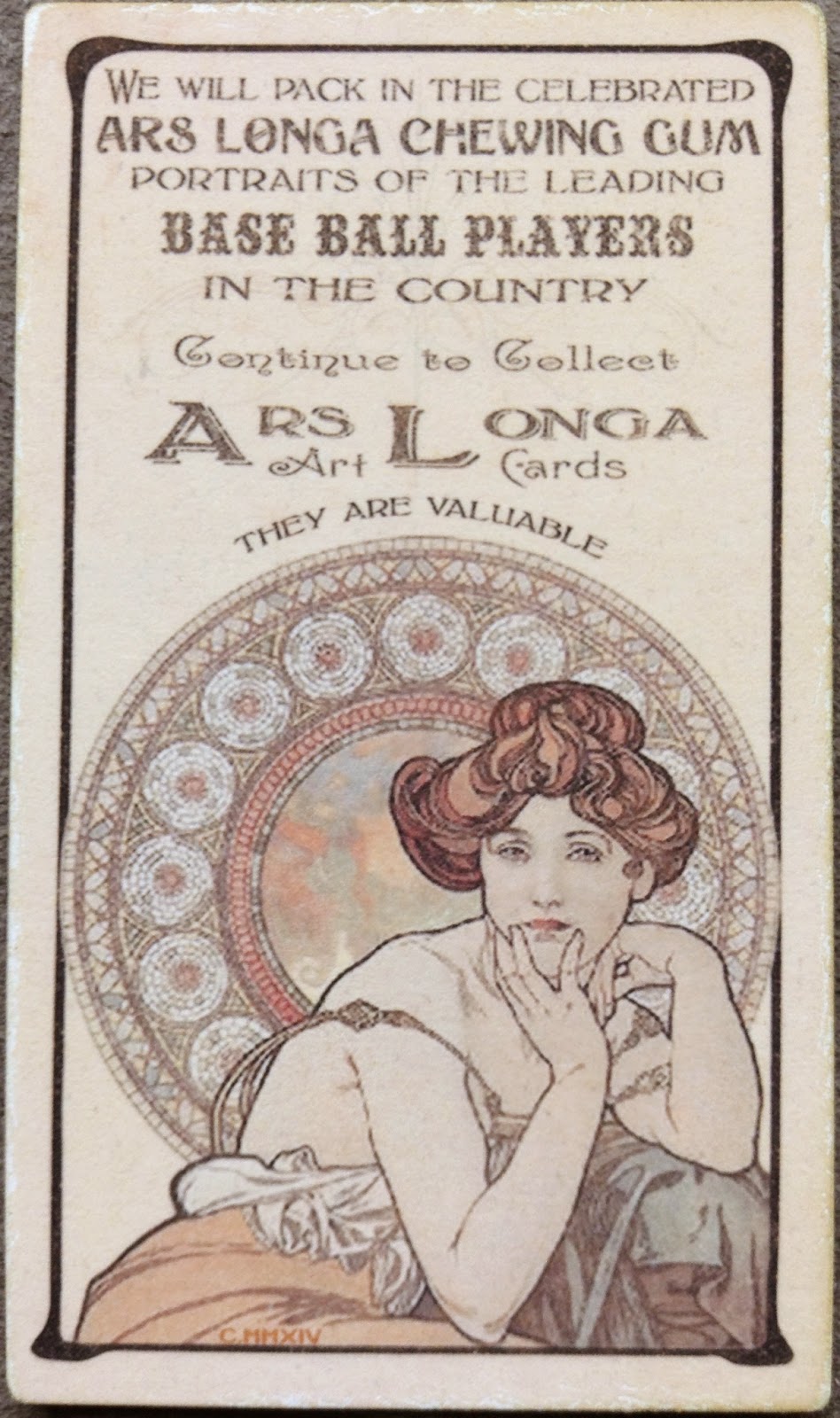 The artificial stressing isn't over-the-top, as I feared it might be; just light rounding of the corners and some fraying on the edges.  It'd be considered in immaculate shape if it really dated from the 1890's.

All told, these cards are a bit pricey, but I really dig what Ars Longa is doing here and I am happy to support this unique undertaking; I even have an outstanding bid on one more card from another one of their series.  Here's hoping that they continue to grow and do even more wonderful things!

However, I feel as though I should give you a little bit of background information on  "Wild Bill" before I sign out for the evening.

The Yale alumnus got his first taste of Big League action way back in 1884 with the Kansas City Cowboys (2 appearances) in the short-lived Union Association.  Once that league folded, he was relegated back to the bush leagues for five seasons.

Cap Anson and crew signed him up to serve in their rotation for the 1889 season and he had a perfectly mediocre beginning, but then things took off. 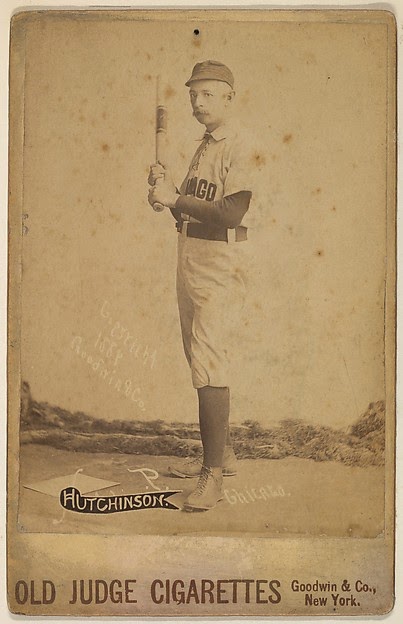 An authentic Hutchison tobacco card; this one costs significantly more...
Courtesy of metmuseum.org

Starting in 1890, he lead the league in wins, games, games started, complete games and innings pitched for the next three years, even throwing in a saves title in '90 and a strikeout title in '92.  This man basically hoarded awards.

Then, the wheels fell off.  Maybe it was overwork, maybe it was a long-since forgotten injury, but "Wild Bill" became "Mild Bill." Over the next three seasons, his ERA climbed into the 6's , his record sunk well under .500 and he was kicked to the back-burner by future HOFer Clark Griffith. 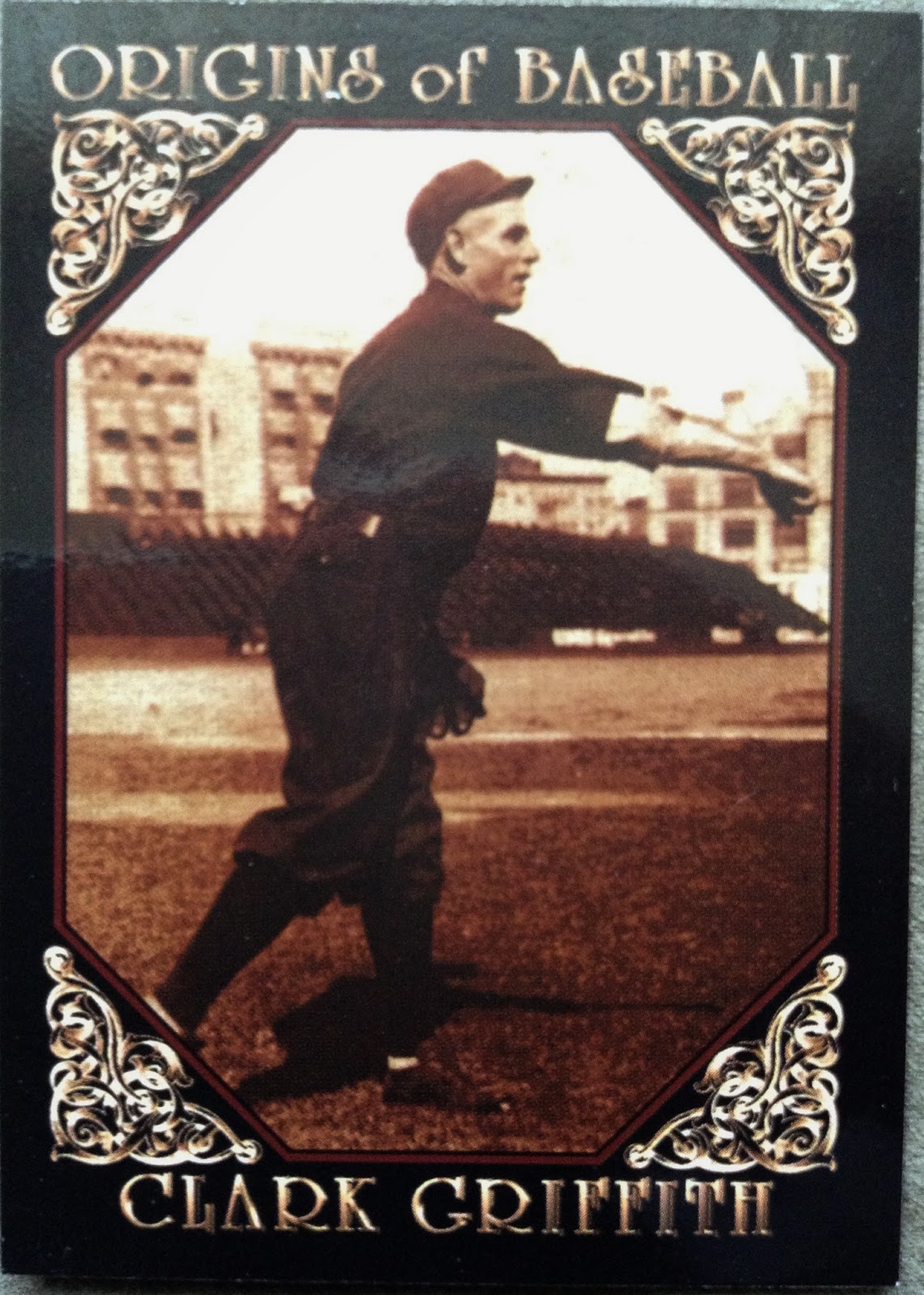 Hutch was out of the NL by 1896.  He made a brief comeback attempt with the Cardinals (then Browns) in '97, but it only proved that he was toast.  Overall, a rapid ascent from fringe prospect status to superstar, followed by a sudden decline into wildness and ineffectiveness.  Think Carlos Zambrano, but minus the drama. 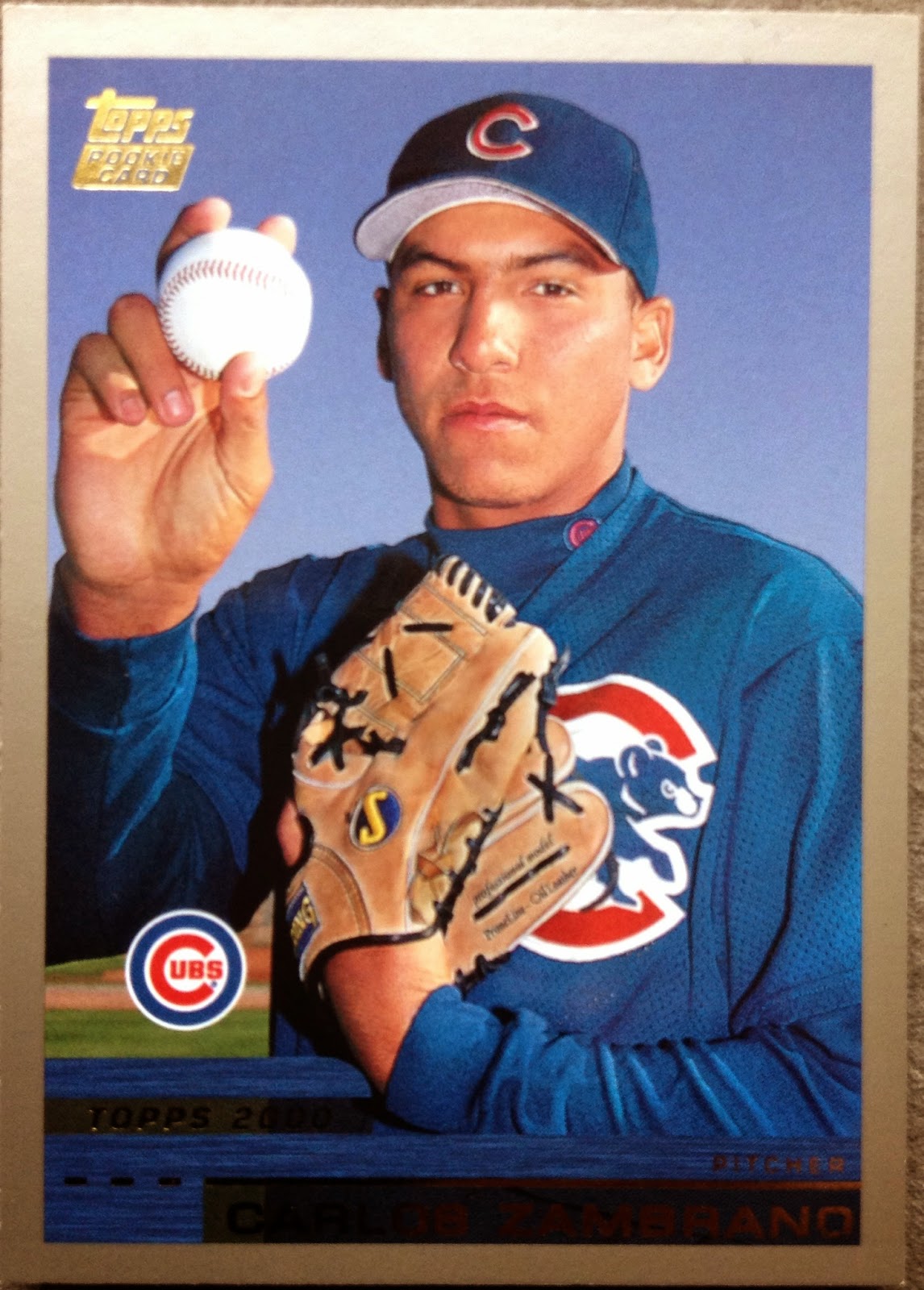