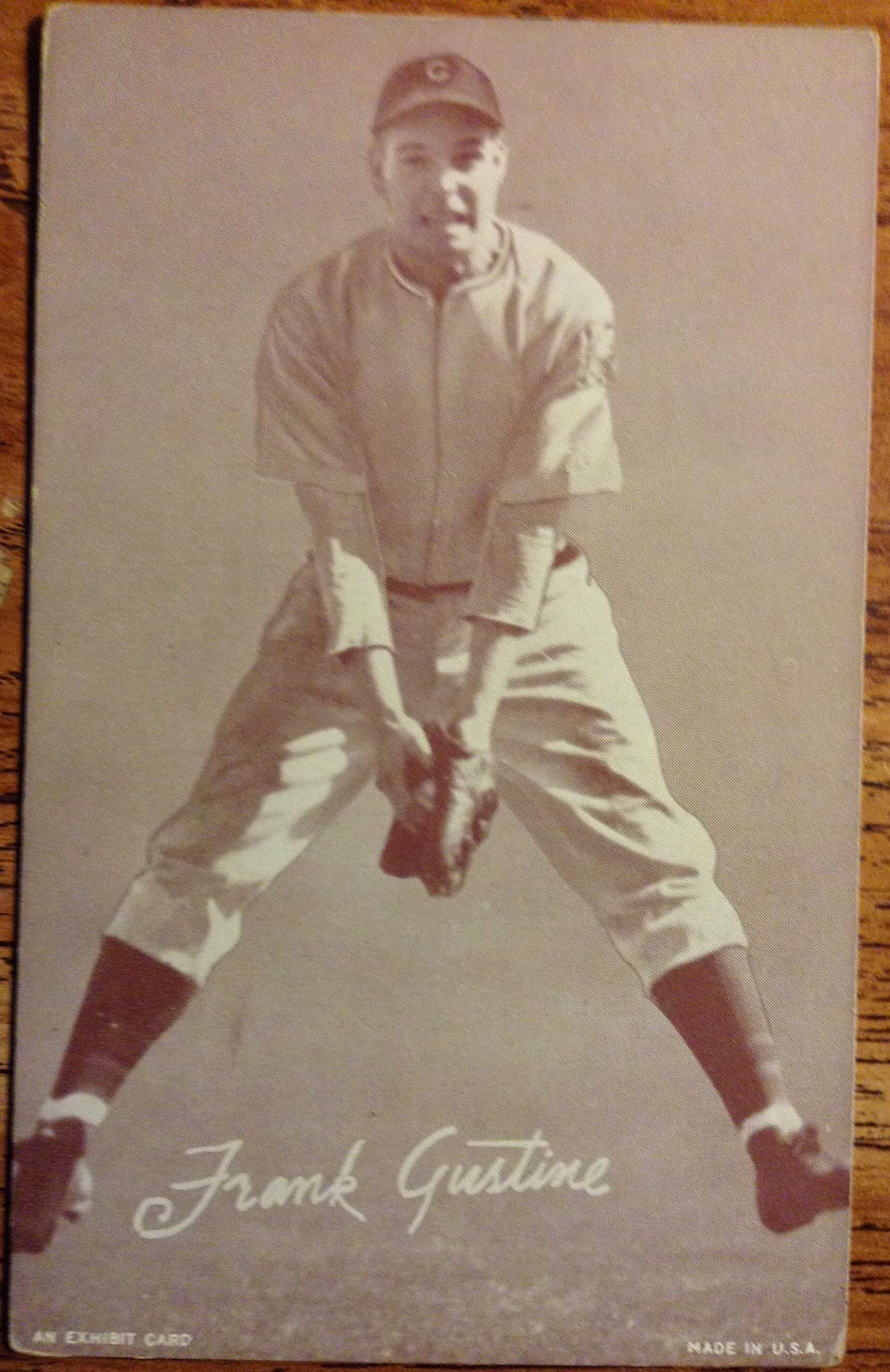 Maybe it's the fact that work has featured more stoppages and roadblocks than a segment of Chicagoland expressway.

Maybe it's the fact that the Bears are about as intimidating as my skittish, little cat Leroy.

Whatever the reason, I just haven't felt like writing - inspiration is lacking.

Don't get me wrong, I was grinning like an idiot at my girlfriend's charity function when I heard that the Cubs had closed on "Uncle Joe" Maddon (now everyone thinks I'm weirder than they already did) and just the prospects of signing a name like Russell Martin, Jon Lester or David Robertson has me giddy. 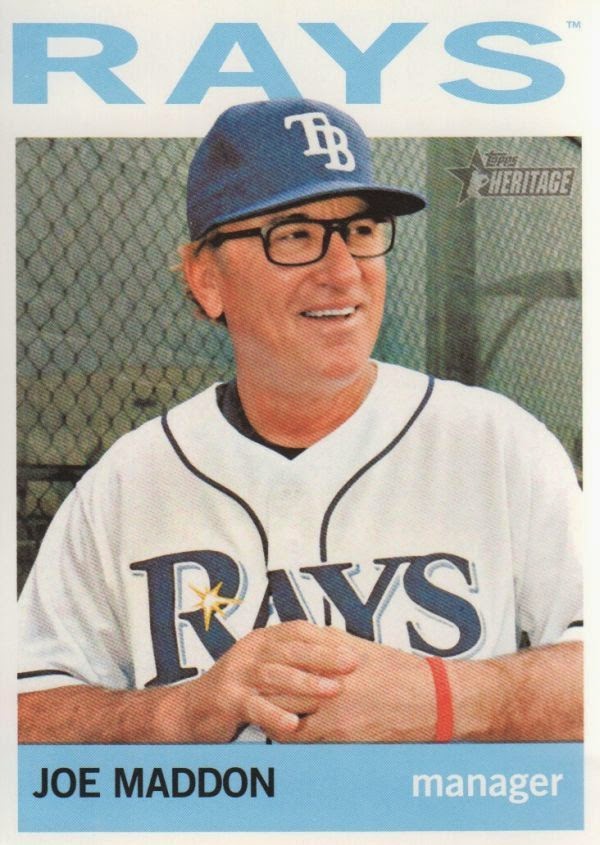 I have a good feeling about this guy


For that matter, I haven't stopped pulling in new cards either.  One of my favorite finds in this dark period is that Frank Gustine exhibit card (from approximately 1949) at the top of the post, the card that looks like Frankie took a baseball right in the gonads.

My enthusiasm for baseball is alive and well, it's the whole writing thing that goes along with blogging that has been unappealing.

So, hopefully this post wakes me from my writing-free fog.  I wouldn't want to disappoint all of my loyal fan.  Yes, I know that "fan" lacks an "s"  - hi mom!

But seriously, this may turn out to be the busiest off-season the Cubs have had since I was in high school, I have to be ready to spring on and show some cards of new players - the biggest names brought in since they signed since Jim Edmonds*.

*Milton Bradley's name has been redacted from Cubs history. 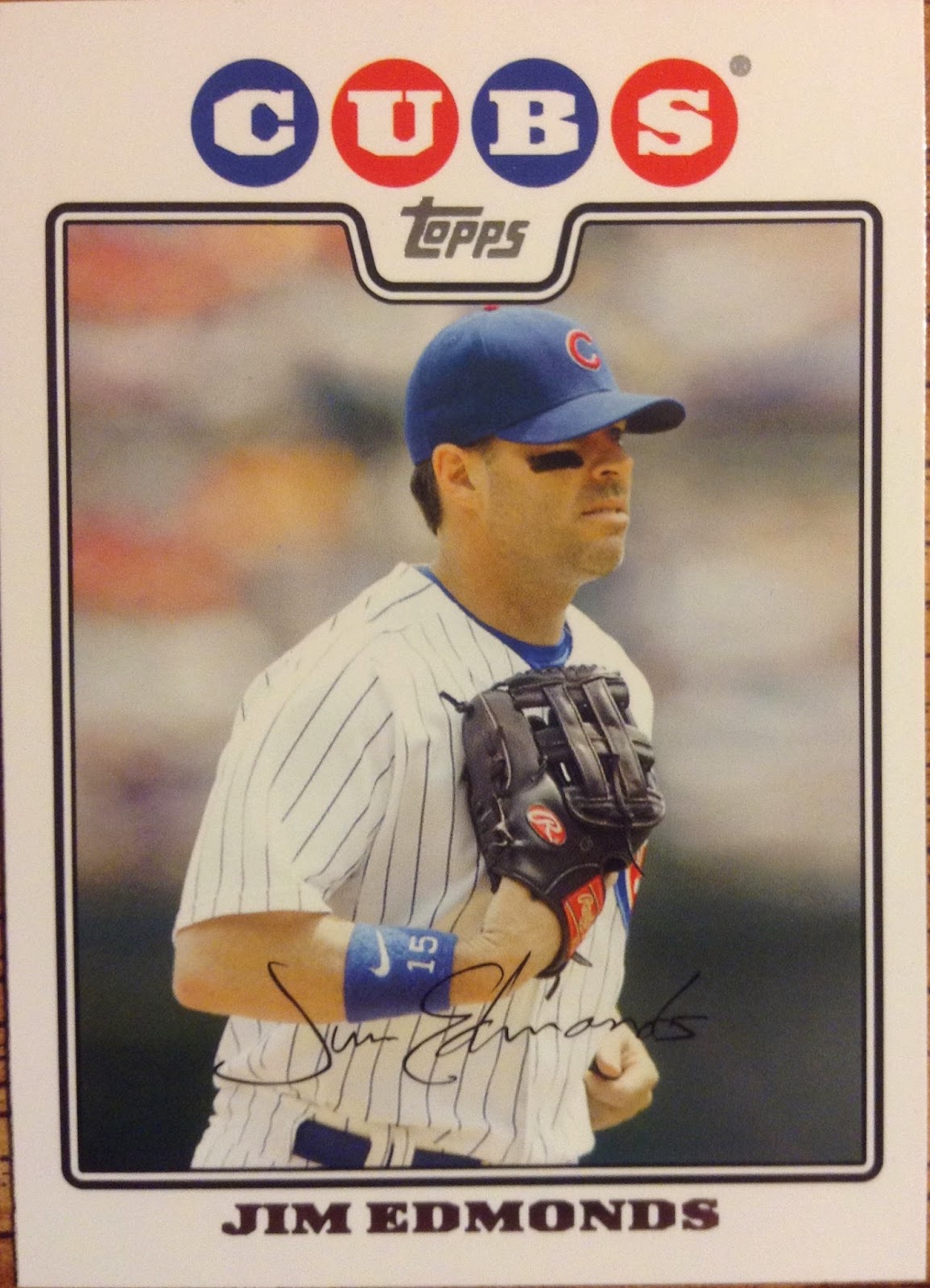 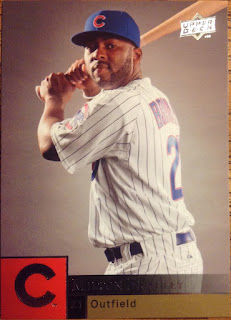 All I want for Christmas is some star-power!... and a scanner...


Circling back to Mr. Gustine at the top of this post, I really hope that this off-season doesn't leave me feeling like I took a swift kick to the nether-regions come February.

However, as a Cubs fan, I suppose that I have to be ready for that possibility no matter what!