Sound the Souza-phone - I'm Back!

I was listening to the Ivy Envy podcast on my run yesterday and the normally jovial hosts made me realize why I've been so blase about baseball lately - lately, everything about it is bad.  Between potential labor disputes, scorched earth minor league contraction, deep-seeded cheating scandals, and ever-growing ticket prices, it's been tough to feel anything other than despair when pondering the future of our nation's great pastime.

Furthermore, it's not as if the Cubs have been anything resembling a beacon of light in this dreary darkness either - in fact, they've been just as depressing and frustrating.  With ownership tightening the purse strings (unless they need to make a big political donation) despite launching a convoluted and largely inaccessible television network that was promised to bring in "barrels of cash," it's been incredibly maddening to see the franchise watch from the sidelines as the free agent market unfolded, heated up, and largely closed up shop.  It wasn't until the month of January nearly reached it's end that a team in the nation's third largest market signed it's first, guaranteed MLB contract... I mean, where are those barrels of cash, Mr. Ricketts?  It's probably being spent on Trump's impeachment defense or building another high end club for the baseball one-percenters.

Fan favorites and key contributors like Nick Castellanos, Pedro Strop, Steve Cishek, Ben Zobrist, Brandon Kintzler, and Cole Hamels were allowed to walk without anyone being brought in to fill their shoes.  Not to mention the fact that the only trade talks the Cubs were connected to involved dumping generational talents like Willson Contreras and Kris Bryant. These losses from a supposed "powerhouse" team coming of two consecutive late season collapses... talk about a downward trajectory.

In short, both the hosts of Ivy Envy and I feel the same way about baseball going into 2020:


Seeing as I've felt anything but good about Major League Baseball, I've chosen to focus on things that actually make me happy during these bleak winter months, jam-packed with clouds both figurative and literal.  I've spent more time with my wife, more time with friends and family, and shifted my collecting focus from baseball ephemera to records and Wrigley Roster Jenga has sat gathering dust and cobwebs.  In fact, I've even thought about shuttering this blog permanently - that's how done I was with baseball at points this winter.

Of course, I couldn't help but check in every now and then - scanning MLB Trade Rumors every now and then, reading Bleacher Nation for nuggets of analysis and every checking the blog roll a few times.  Quitting cold turkey rarely works, after all.

But, here I am writing about baseball and trading cards again - ultimately, the pull of my favorite sport is stronger than the gravity of the sun and I simply couldn't stay away forever.  With spring training just a couple of weeks away and real baseball action being in the very near future, it's a lot easier to ignore the external troubles and get back to just enjoying the game itself.  That means no more thoughts of trash cans and buzzers, Comcast drama, or worrying about a Bryant trade (well, rather, they just get shoved back into the subconscious... 'tis the American way).  Spring, the season of hope and new beginnings, always wins this curmudgeon over in the end.

Plus, the Cubs finally inked a couple of players to legitimate, Major League contracts - that means new additions to the Cubs All-Time Roster Collection binder! 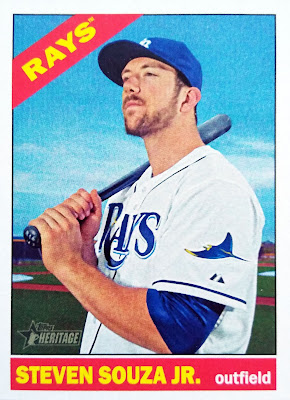 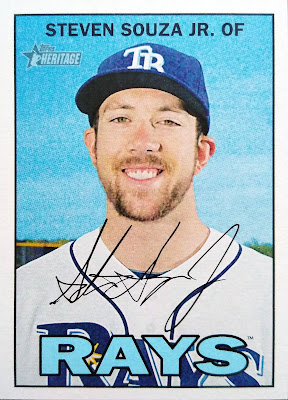 After a waterfall of minor league signings, NRI's and waiver claims, the Cubs still needed a bat for the bench and an extra outfielder.  Thus, the Cubs' first major league contract of 2019-20 off-season went to Steven Souza, Jr.  Though not nearly as sexy as "Big Stick Nick" Castellanos, Souza comes with a low risk/high reward potential that can fit within (relatively) self-imposed luxury tax limitations.  The dark thoughts are clearly still casting shadows upon my judgement, but I'll try to keep them at bay. 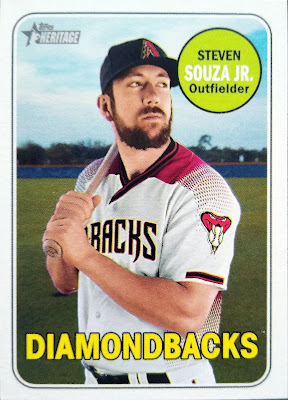 On the bright side, Souza comes with a blue chip prospect pedigree, is relatively young (30), and is just two years removed from an .810 OPS with the Rays.  How were the penny-pinching Chicagoans able to secure his services on a one-year, $1 million dollar deal? Well, after a trade to the D-Backs, he missed half of 2018 due to a series of pectoral strains and then all of 2019 after slipping on home plate and destroying his knee during the last spring training game.  Thus, the bargain basement deal.

While it may be a long shot, for the sake of my mental health and continued enjoyment of Cubs baseball, I'm choosing to dream on a potential return to that 2017 form for Steven and a bleacher bum band cheering his comeback on with Souza-phones!

After a nearly full off-season's worth of hand-sitting, it was only a couple of days after Souza's signing that word dropped of the Cubs' second free-agent acquisition of the winter.  With so much time spent idling, this sudden acceleration nearly gave Cubs faithful whiplash! 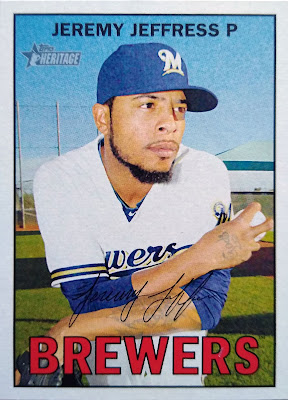 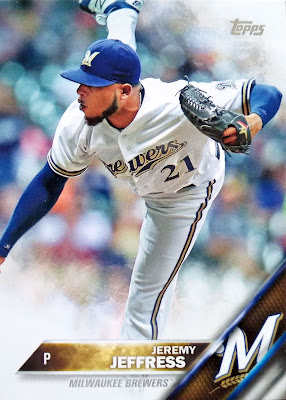 Before this week, most Northside fans knew Jeremy Jeffress as a thorn in our side, an effective relief weapon from our rivals up I-94.  The longtime Milwaukee hurler was an All-Star in 2018 and posted a 1.29 ERA and 89 K's in 76.2 IP, helping to lead the surging Brew Crew past the crashing Cubbies.  However, 2019 was a much different story for Jeremy, as injuries and ineffectiveness limited his availability and his ERA climbed over five.  Like with Souza, the Cubs are dreaming on success from the not-so-distant past and choosing to ignore the recent warts. Again, like Souza, Jeffress gets a one-year contract, though for slightly less ($850,000 plus incentives).

The righty joins a crowded bullpen picture, though he holds an advantage by being the only new face coming in with a MLB contract.  Theo and crew have been patching the now Strop, Cishek, and Kintzler-less bullpen together with some split contracts, NRI's, waiver claims, Rule 5 picks, etc.; but, Jeffress seems to be the only "sure thing" from the winter imports.

Also, apparently Jeffress comes with his own food truck, so perhaps this is a clever way for the club to drum up more concession sales at Wrigley Field, as well.  That said, in all seriousness, that's the sort of fun, quirky story that this jaded sports fan needs to hear about right now.

With that, we've covered all of the MLB acquisitions made during my absence.  I know I've mentioned that once or twice, but it still blows my mind that one of the richest franchises in the league is among the lowest spenders.  I guess there may still be one or two - it's been rumored that they're interested in bringing Scooter Gennett in to allow Nico Hoerner time to develop at AAA.  Not to mention, now that the Kris Bryant grievance has finally been settled, trade rumors are truly kicking into overdrive, going so far as to involve Nolan Arenado.  We shall see if anything else happens before Opening Day arrives.

Also, please don't trade Kris Bryant.  That might just kill the last of my goodwill.

Here's hoping that my slowly thawing heart continues to warm, so that I might find some enjoyment in the 2020 baseball season and that I find the motivation to keep Wrigley Roster Jenga on life support.  Cubs fans - do you share my dismay when it comes to our beloved National League ballclub?  Whether you're a Cubs fan nor not, how do you feel about the state of baseball today?  Do you also feel like it's a tough sport to love, at the moment?  Am I just being a grump?  Do I need to get better at compartmentalizing?  For me, things are on the up and up for now, but I have a bad feeling that the Rob Manfred and/or Tom Ricketts is going to shoot themselves in the foot again before long.

Quite the optimist, aren't I?