So, after a bit of a blogging vacation due to the lingering effects of a killer Rise Against show at Northerly Island on Friday night, I'm back with the best news of the year:

THE PLAGUE KNOWN AS EDWIN JACKSON HAS BEEN EXCISED!!!!!! 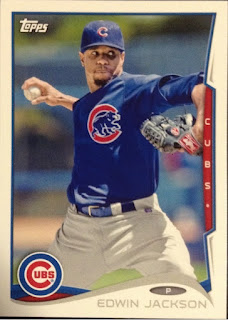 Parting is such "sweet sorrow"


OK - so that is a bit harsh.  By all accounts, E-Jax was a great teammate and a wonderful human being.  But, while I wish him all the best, He has been the biggest bust of the TheoJed era (though the Ian Stewart/DJ Lemahieu trade looms larger and larger) and he was one damn expensive mop-up man.

It's too bad the Jackson era didn't go better; however, it is what it is and the Cubs needed to move on.

His DFA was necessitated by the activation of former All-Star reliever Rafael Soriano, who's arrival was pretty much a forgone conclusion when the Cubs signed him to a minor league deal in May.  All he had to do was look somewhat competent and he did much more than that.  In 7 games across AA/AAA, the shutdown reliever with closing experience didn't give up a single earned run and struck out 7 in 7 innings. 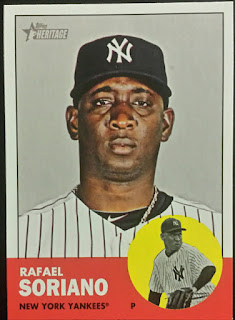 Welcome to the CATRC binder Rafael!

The bullpen, which had already been looking pretty solid, is now that much better with another viable option late in games, rather than an albatross that can't be trusted to hurl meaningful innings.  Especially so with the recent hiccups by the normally lights-out Pedro Strop - though all relievers experience that every now and then.

Here's hoping that Soriano Squared is just the first roster reinforcement before the trading deadline; a bat or another rotation arm wouldn't hurt.  Maybe the front office can even find a bad contract swap for EJ for a player better-suited to fit this roster.

At any rate, it's pretty nice to see meaningful baseball in the second half here in Chicago!

We'll close things out with my favorite Rise Against song, a song I was mildly surprised they included in their set, since I'm still a little buzzed with excitement from the weekend show: