First off, happy Labor Day!  I hope everyone reading this was lucky enough to have the day off of work/school.

Second off, for the past couple days I've showed you about half of the custom cards that I created with the Rookies App.  In case you missed that first part, Rookies is a card generator app that is available on Apple products that allows you to insert your own pictures in templates inspired by classic designs.

You can then buy these creations in an authentic wax pack for about thirteen bucks.

Today, I'll wrap up this series of posts by showing off the special subset that I created within my Rookies wax pack.

Did you guess what the theme of it was, based on the terrible puns I provided in yesterday's post?

"It's a "high flying" set that's really earned it's wings." 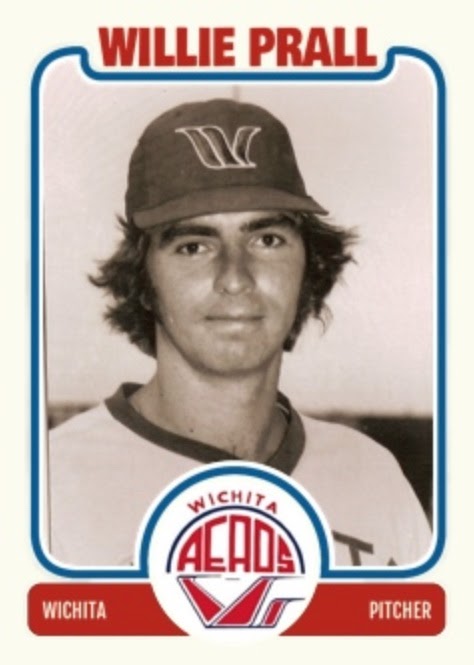 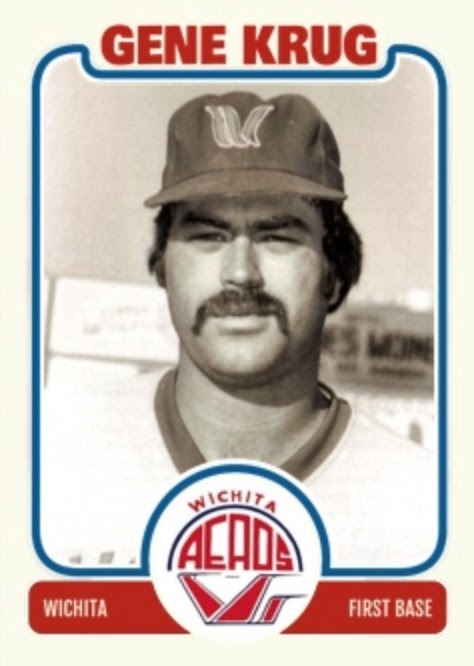 It's a Wichita Aeros team set!  It features players from several different seasons because I could not find pictures of these guys in Cubs uniforms.

The Aeros were the Cubs AAA affiliate from 1972-80.  They have since relocated and become the Buffalo Bisons and are now associated with the Blue Jays.

But well before that, Willie Prall was a flame-throwing prospect during the mid-70's.  The Cubs acquired him from the Giants in 1974 for Ken Rudolph and he made his MLB debut the next season.

After 2 more seasons in the minors, Prall was finished with professional baseball.

However, his name resurfaced in pop culture as the favorite player of Aldo Burrows on the show Prison Break. 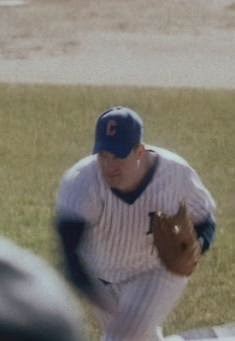 This screen grab features "Willie Prall" in a flashback sequence.

Meanwhile, I've actually covered Gene Krug at length in this previous post.  He's the most recent Cubs player to have reached the Bigs that has never had a baseball card issued in his name.  Krug was briefly a Cub in the strike-affected season of 1981. Al was a second baseman that was originally signed by the Red Sox out of Loyola University in New Orleans in 1963.  The scrappy (5'5" and 158 lbs) player was limited by his size and was thusly never able to crack the Boston big-league lineup.

He hung in there though!  In 1972 he was sent over to the Cubs where he continued to put up solid, but unspectacular numbers in the minors.

Finally in 1975, after 12 seasons in the bush leagues, Al was rewarded with a brief September call-up to the Northsiders.  He got just 1 hit in 13 at-bats over 5 games; but, more importantly, he was finally able to call himself a major-leaguer and no one could ever take that away from him.

His story reminds me an awful lot of a more recent scrappy Cubs second baseman who toiled in the minors for over a decade before finally getting that special call: 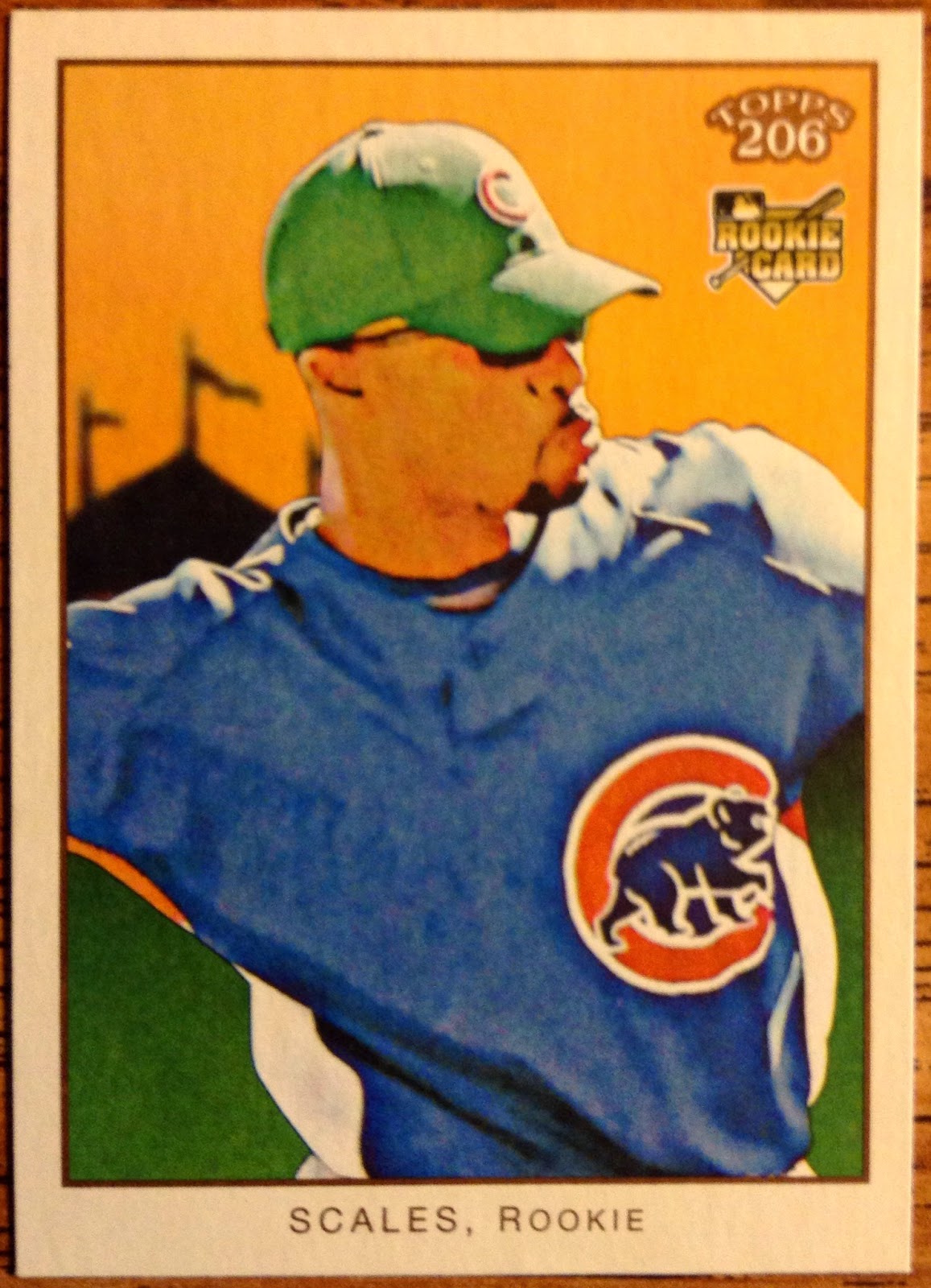 Bobby Scales here spent 10 years in the minors before he finally got called up by the Cubs in 2009.  Heck, he even spent time in the Red Sox organization too.

On the other hand, our next subject is actually the only player in this set to have played more than a single season in the Bigs: 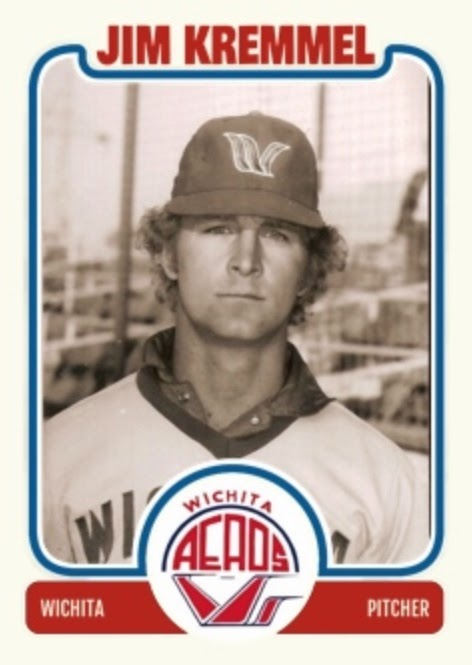 Jim Kremmel was drafted in the 1st round (9th overall) by the Washington Senators in 1971 in the old secondary amateur draft held in January.

After the Senators became the Texas Rangers, Kremmel was called up to the Majors in 1973 - where he struggled mightily with control (6 walks in 9 innings).  He was soon jettisoned and bounced around organizations.

But, he can always say that he was traded for a Hall of Famer - Kremmel was named as the PTBNL in the infamous Ron Santo trade with the White Sox in 1973.

That next season, he received some extensive playing time and pitched in 23 games, mostly from the bullpen, totaling 31 innings.  Unfortunately, he wasn't really fooling anybody and posted a 5.23 ERA as well.


And thus marks the end of my Rookies App wax pack.

Overall, I would have to say that I was rather impressed by the service.  The cards were produced very well on slightly thin, recycled card stock and definitely feel/look like your typical baseball card from the 80's.

Plus, the printing was excellent as the images turned out clear and sharp; also, the centering was probably better than Topps has been at times.


Not to mention, the shipping was very prompt; I got my package in less than a week.  Thats 20 custom cards - printed, cut, carefully packaged and shipped off in the matter of a few days all while I'm sure they're dealing with many, many orders at the same time.

Combine all of this with their awesome wax packaging and it makes for an authentic and exciting experience.

I'm impressed and I highly recommend the Rookies App! 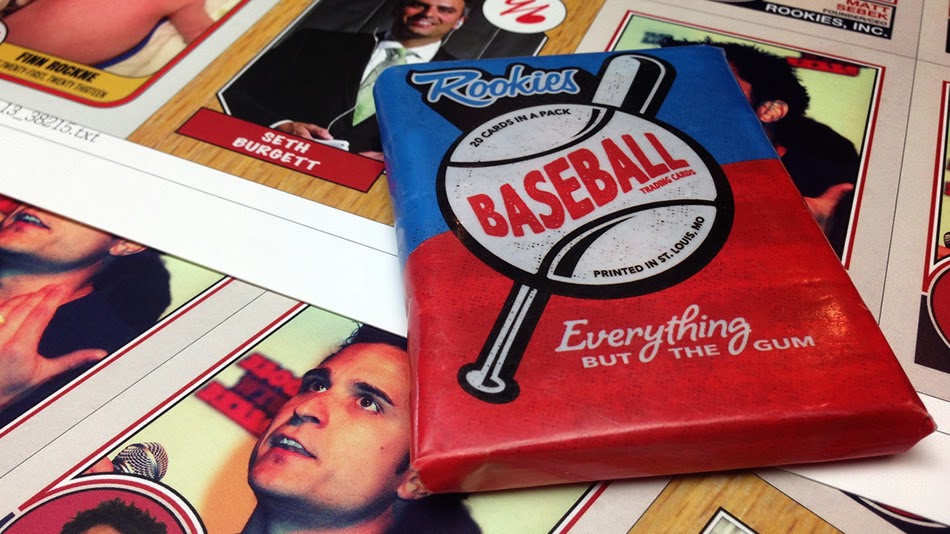