While I love baseball and the Cubs, I'm not a completely one dimensional person.  I have many other interests and hobbies.

Well, music happens to be one of them.  While I can't play a lick or carry a tune (even if it had handles), I managed the college radio station during my time in school.  In addition, I've served as a radio DJ/sound editor there, a local NPR station and an internet station based out of New York as well.

I'm currently seeking employment in the radio world, which is a tough world to break into.  So, if you know a guy...

I get a real kick out of being able to introduce new tunes and the music I love to other people.  You may have noticed that I use any excuse to include a song in my posts here as well.

Ok. That last one might not actually have anything to do with music.

So, I was ecstatic when I saw this fall out of a random pack 2013 Archives that I had picked up from the discount bin of the local Target, just to satisfy an itch: 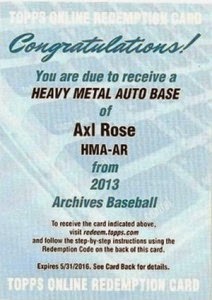 Borrowed from the internet; I lost mine after I entered the code


This is the single-greatest thing I've ever pulled from a pack.  I've seen these go for a couple hundred bucks on Ebay!  But, it's not all about the money.

It just so happens that the 80's might be one of my favorite decade for rock and roll.  I know some people loathe the cheesiness of arena rock and the excesses of the hair metal scenes, but they sure don't bother me.

Axl Rose is, of course, the lead singer of Guns N' Roses (who had a foot in both of those scenes) and a true rock immortal.  His extremely impressive vocal range recently had him ranked as the greatest singer of all-time.

On the flip-side, Axl is also notoriously temperamental and reclusive.  So, I'm somewhat surprised Topps got him to sit down and sign a bunch of "baseball" cards.

He was probably 2 hours late to the session.  Plus it actually took him 8 years and help from 20 other band-members to sign all of the cards because he wanted to get each and every one perfect...

But, no matter.  One of these scribbles was going to be mine, courtesy of this special slip of paper!

After a few months of patiently waiting (Axl was, in fact, slow to sign these bad boys), this beauty showed up in my mail box: 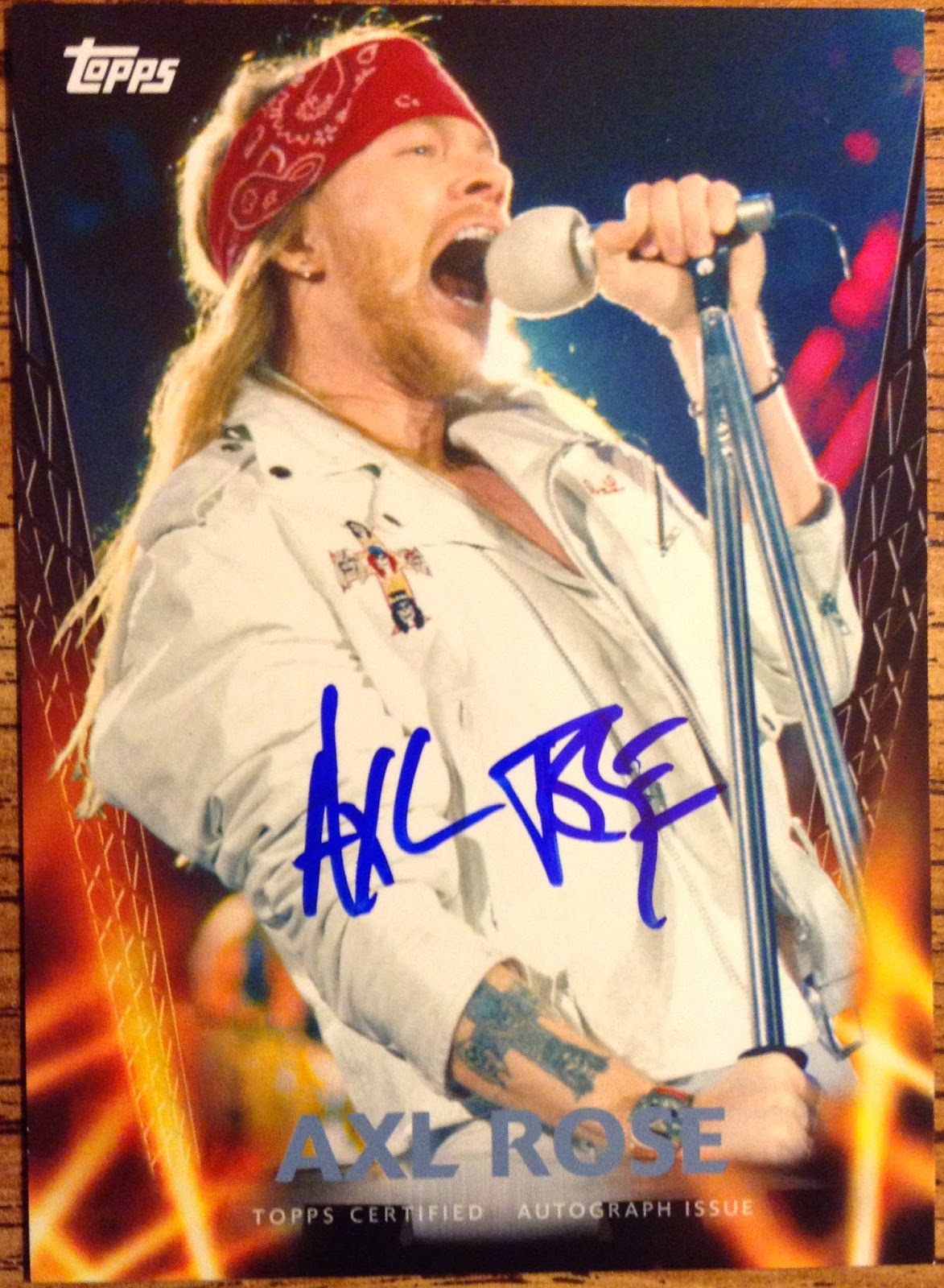 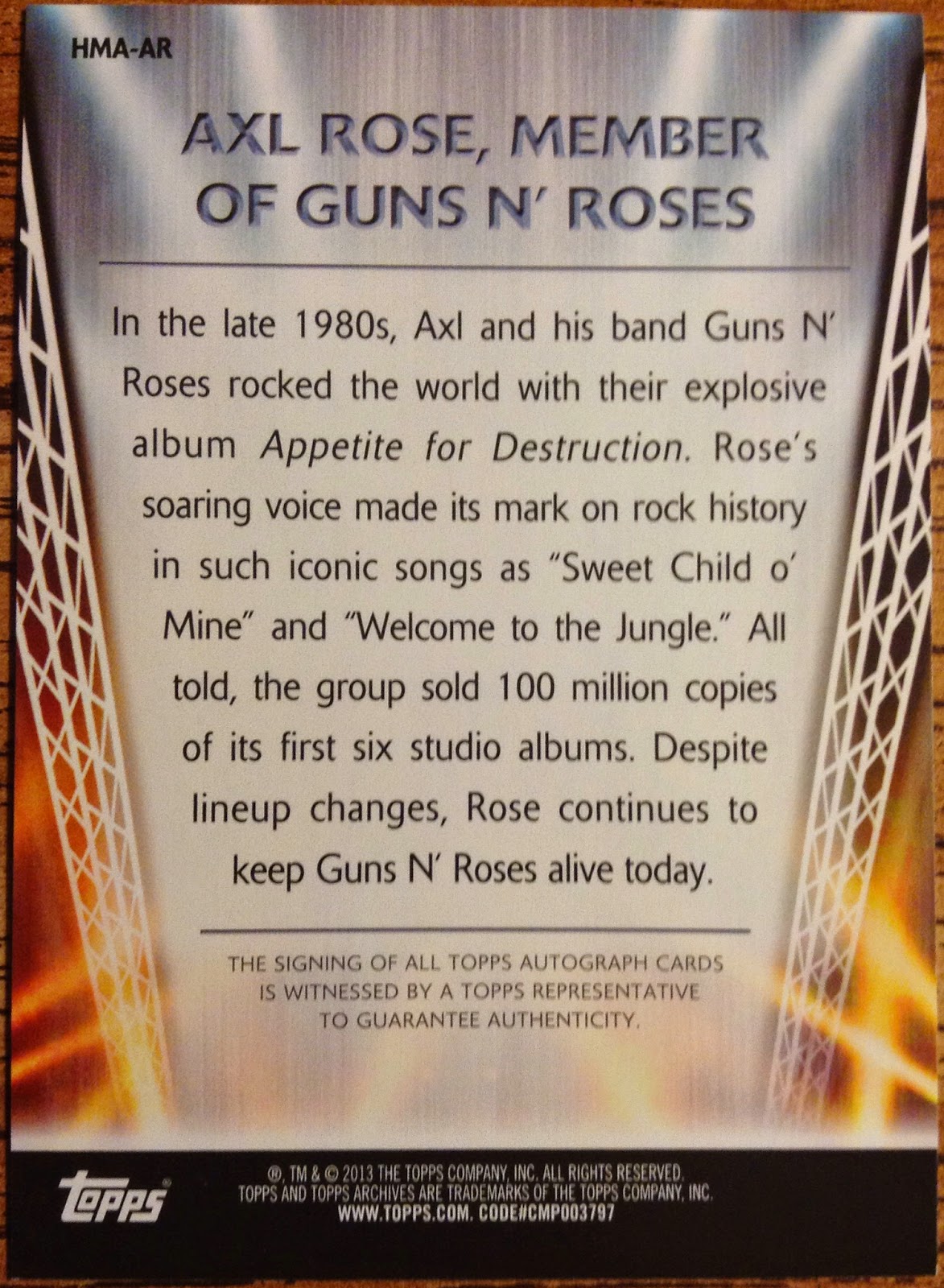 While I am a touch disappointed they used a picture of Axl fronting his Guns N' Roses "tribute band" of today, it sure does look pretty damn cool.

Bonus points for the John Hancock being on-card and rather legible.  I guess Axl was feeling particularly cooperative that day.

The card itself comes from a pretty rockin' set of Heavy Metal autographs that were part of the 2013 Archives release.  Besides Mr. Rose here, you can also find Dee Snider (Twisted Sister), Scott Ian (Anthrax), Sebastian Bach (Skid Row) and several others.

The card I received is the base version.  There was also a special parallel of the card that was actually printed on metal... 'cause, y'know, heavy metal.

It's cool to see Topps reach out of their comfort zone on this one.

While it may not be the "real" Guns N' Roses anymore, I'd still like to catch Axl and Co. and see what kind of show he puts on.  I was fortunate enough to catch Slash at the Naperville Rib Fest last summer; he's definitely still got it! 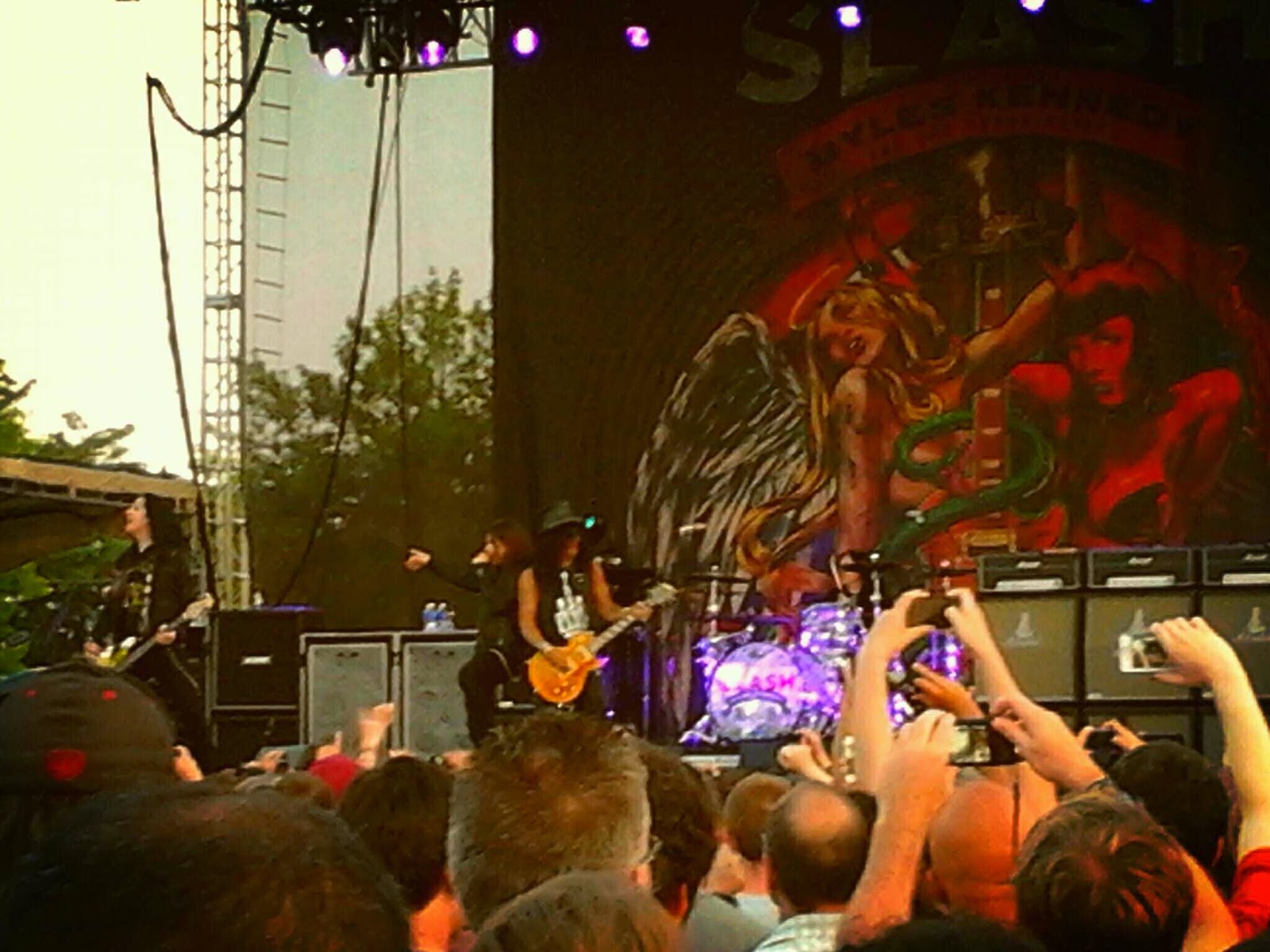 While I've often given thought to starting a collection of music-themed cards to pay tribute to my "other" passion, I have yet to pull the trigger.  Although, this piece would make for an excellent jumping off point.

Do I really need another way to spend more of my money?

No matter what, this Axl Rose will be going on display and it might just mark the beginning of a new card-collecting foray.

I'll close today's post with my favorite Guns N' Roses track.  It's not exactly a deep cut, but you don't hear it nearly as often as, say, "Paradise City" or "Welcome to the Jungle":