The Terrible Two's and a Contest

On this very day, two short years ago, this was the projected starting lineup for your 2014 Cubs, per the depth chart on the team's official website: 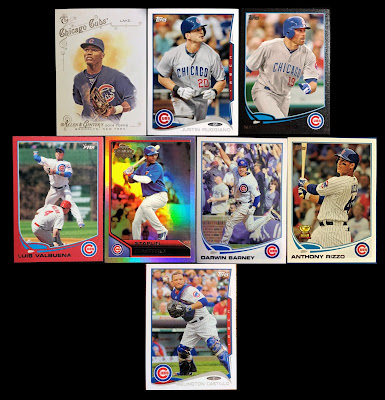 If you can't make that out, the lineup was as follows:

The fact that Mr. Rizzo is the only one of these men still around should speak volumes - that outfield is particularly ghastly.  So goes a Major League roster in the midst of a rebuild.

Meanwhile, the following three men were expected to be key contributors in the starting rotation:

While Wood has since found his niche in the bullpen, Jackson's fall has been well documented and Rusin has struggled to even be a fifth starter in this league.

Worst of all, though, was the fact that this man was set to be our closer: 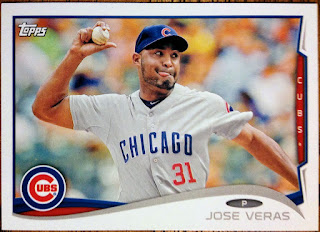 All of this dreadful information was drudged up courtesy of the Wayback Machine, an internet archive which will allow you to see what a seemingly infinite number of websites looked like throughout the years.  Careful, it's an easy rabbit hole to fall into.

Anyway, why am I making any Cubs fan reading this blog suffer through this stroll down memory lane?  Well, on March 2, 2014, while sitting in the office of my previous employer one super-chilly morning, decided to take the leap and start my own baseball card blog.  After lurking on popular blogs such as Wrigley Wax, Dime Boxes, Waiting 'til Next Year, etc., I finally took the plunge and began to bang out my first post on what would become Wrigley Roster Jenga.

What this blog looked like around that time; thanks Wayback Machine!

Of course, a lot has changed since that first post - the Cubs became worth watching, I grew as a writer and collector, I moved twice, got engaged, changed career paths, etc. etc.  It's funny how much life can morph in just two, short years.

Anyway, enough self-reflection - it's time for a contest.  Since I've now been blogging for two years, comment below with the name of the first Cub to don the number 2 in an MLB contest.  Everyone who answers correctly (one chance per person) will be entered into Random.org and the final list randomized twice to win two team bags filled with the franchise of their choosing.  I'll do my best to include a nice variety of products and the winner will be announced on Friday.

**EDIT** Since this entry method was very much half-baked, I've decided that anyone who comments on this post will be entered into the contest.

Or, if you give the tilt a shoutout on your blog, you can earn an entry that way.  If you do both, you'll get two entries, but no more than two.

Meanwhile, here's hoping I've got at least two more years of blogging left in me.  Of course, if I could blog through the era of a Lake/Ruggiano/Schierholtz outfield, I should to be able to maintain an even higher level of enthusiasm now.