Apparently I can only find cool stuff at my LCS's when I stop by out of boredom.

If I ever go into one with a specific motivation or I schedule a trip on my calendar, I wouldn't even be able to find my ass with both hands and a flashlight.

Of course, I suppose that doesn't really apply here.

Back to baseball cards, when I stopped by the Baseball Card King (a fine Chicagoland chain of stores) down the road, I was pleasantly surprised to see a whole box of discounted vintage.

I ended up paying about 25 cents per card for a nice stack of 60's Cubs cardboard.

I found some new players for my collection in said box; but, we'll cover that ground tomorrow.  Today, I'd like to show off a few Cubgrades I made in my CATRC. 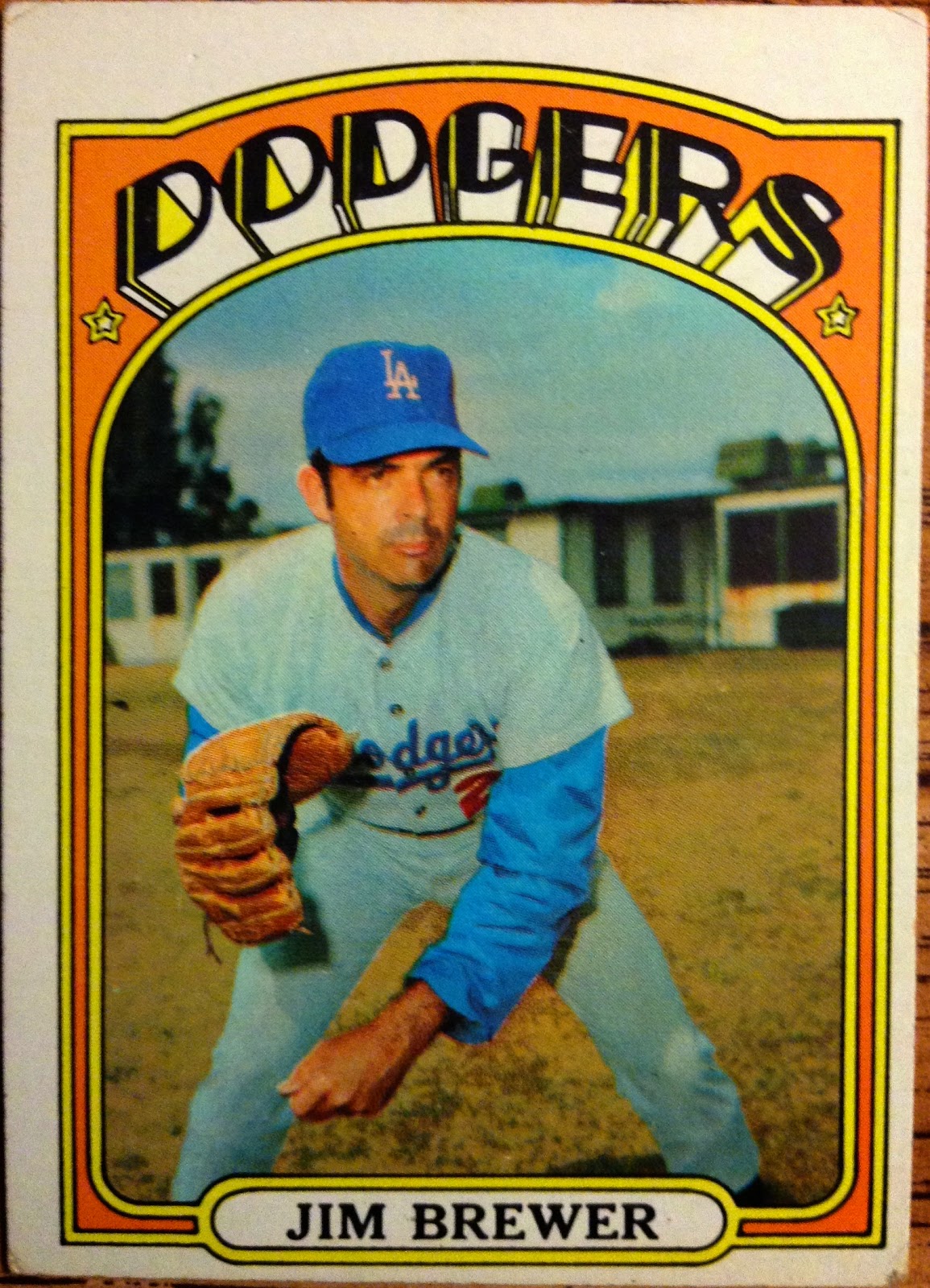 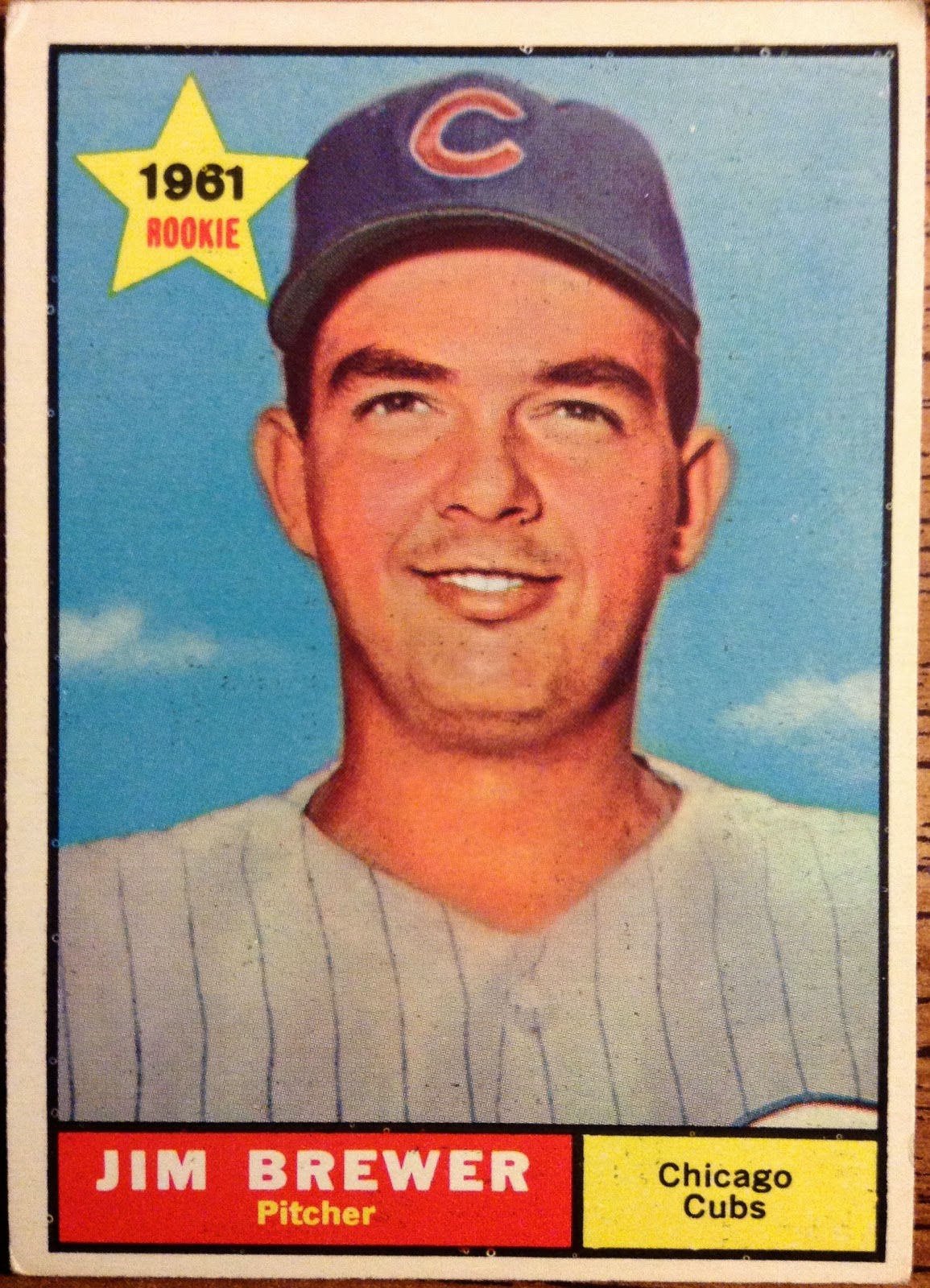 Brewer was unable to thrive at Wrigley in an era of the "College of Coaches" and the front office had an inability/disinterest in grooming young talent.  As was the Cubs way, he was jettisoned at the nadir of his trade value for no one of significance (Dick Scott).

As far as the cards, though I love '72 Topps and this one came as part of a childhood Christmas present, I'm not really sad to replace it.  I've always appreciated the simple design of '61.  Plus, the clear, blue sky behind Brewer in the latter really pairs well with the Cubbie blue. 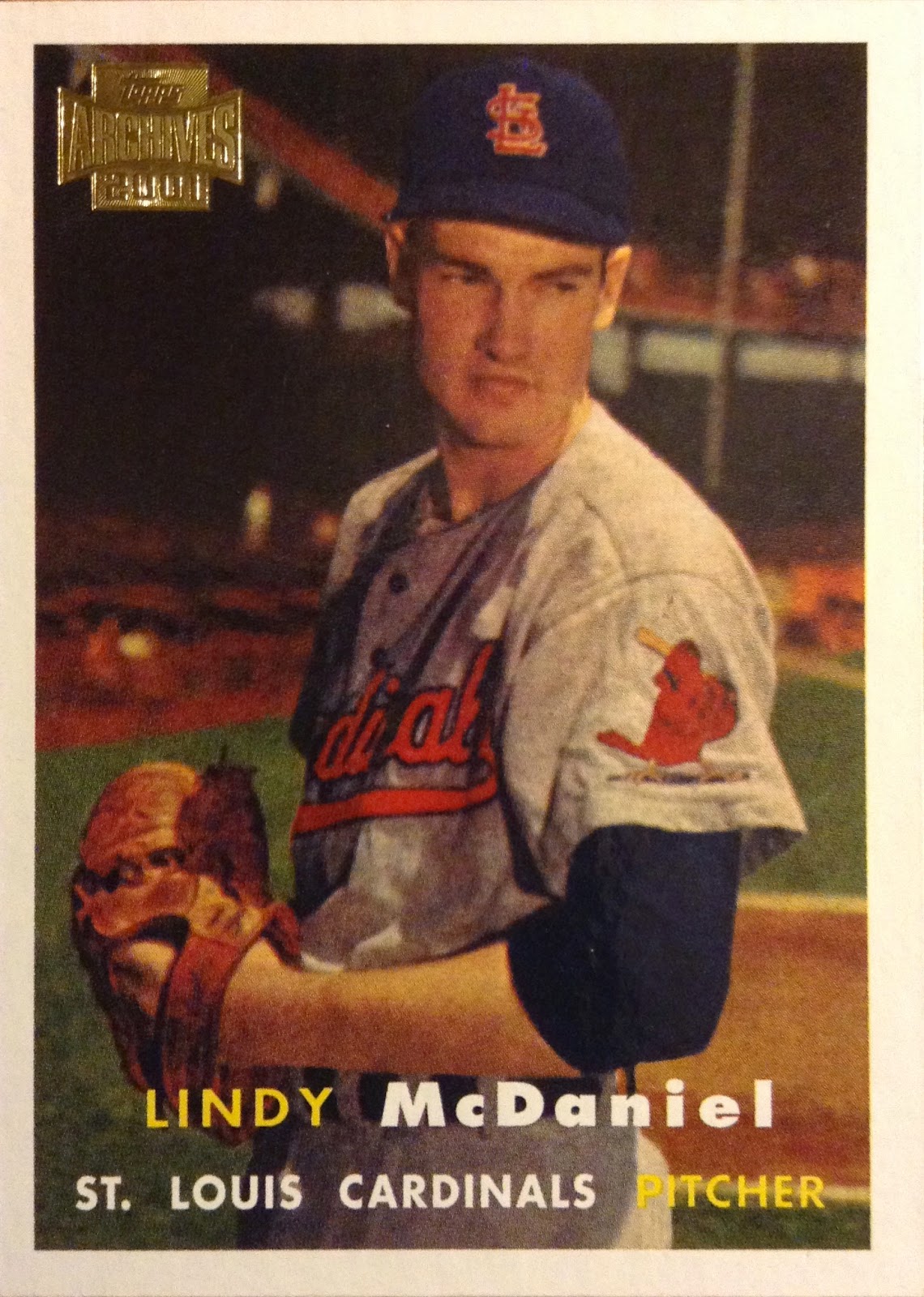 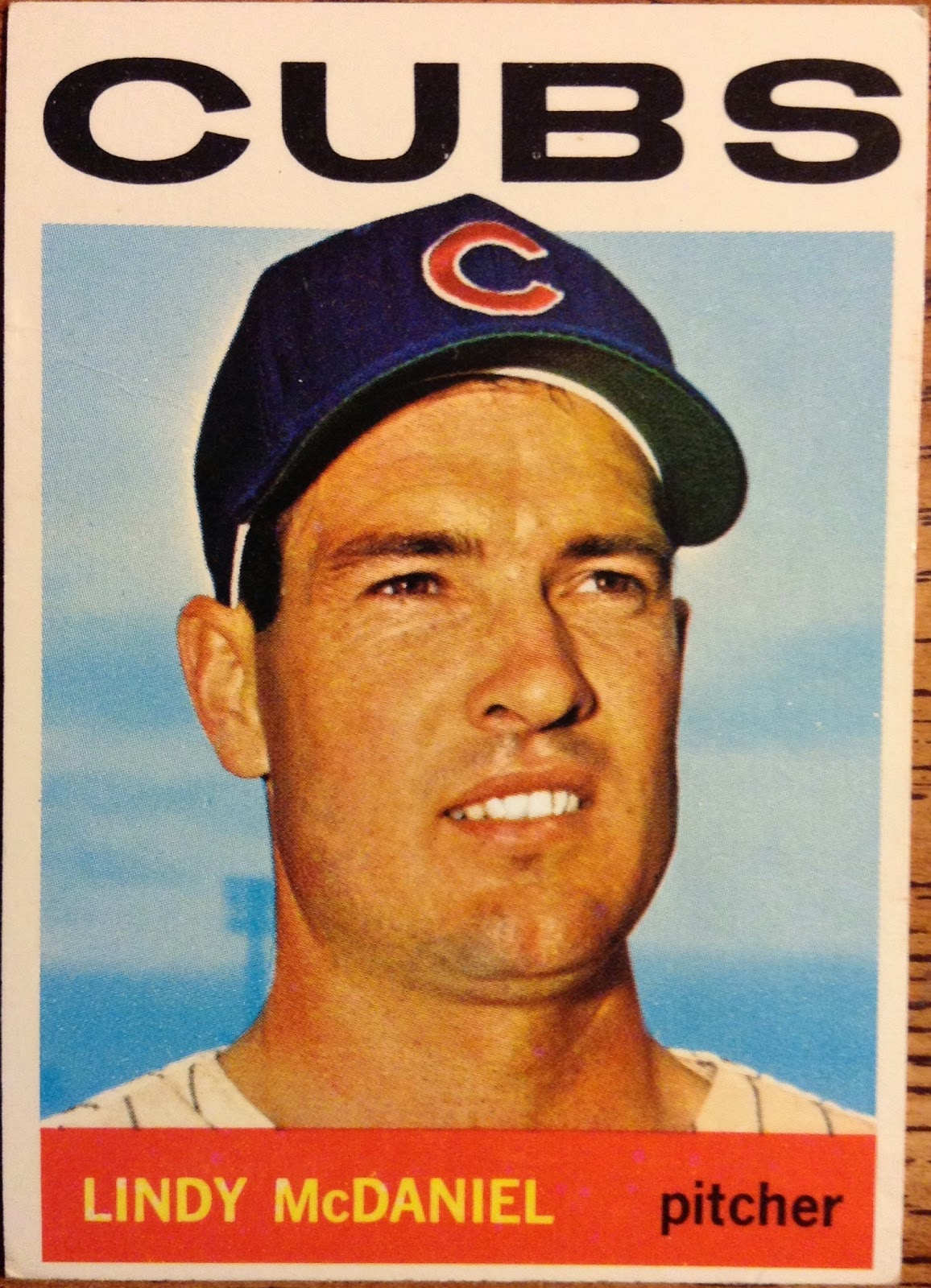 And here we have another relief ace.

Unlike Brewer though, when the Cubs decided to part ways with Lindy, they actually got pretty good value.  His trade to the Giants netted both Randy Hundley and Bill Hands, two franchise legends.

The card on the left comes from the 2001 edition of Topps Archives; I found it on Ebay for less than a buck.  This '64 Topps is a Cubgrade both in that it depicts him as a Cub and that it dates from his playing days.

I highly prefer cards that were printed when the player was active because it lends a little bit more history to my CATRC. 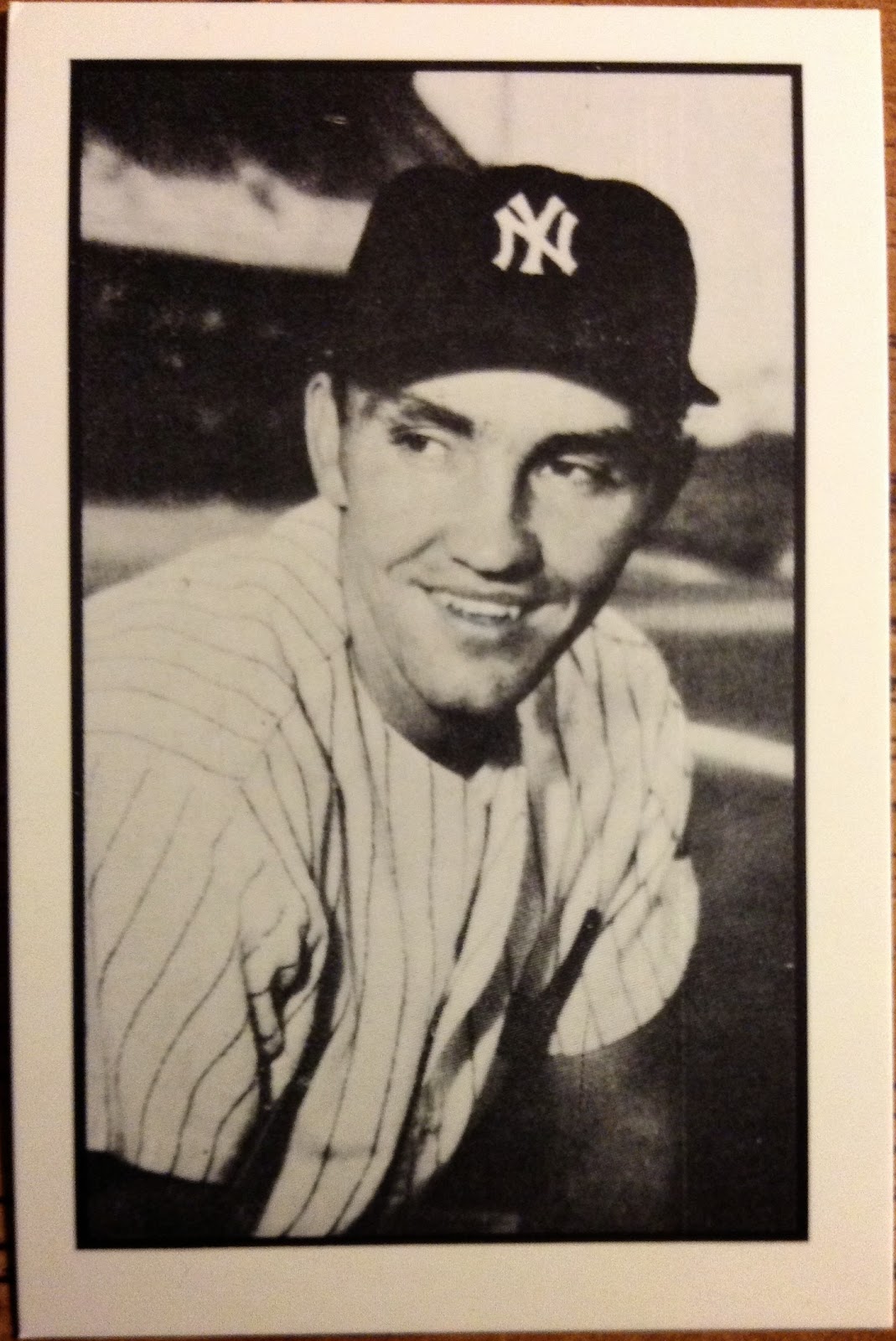 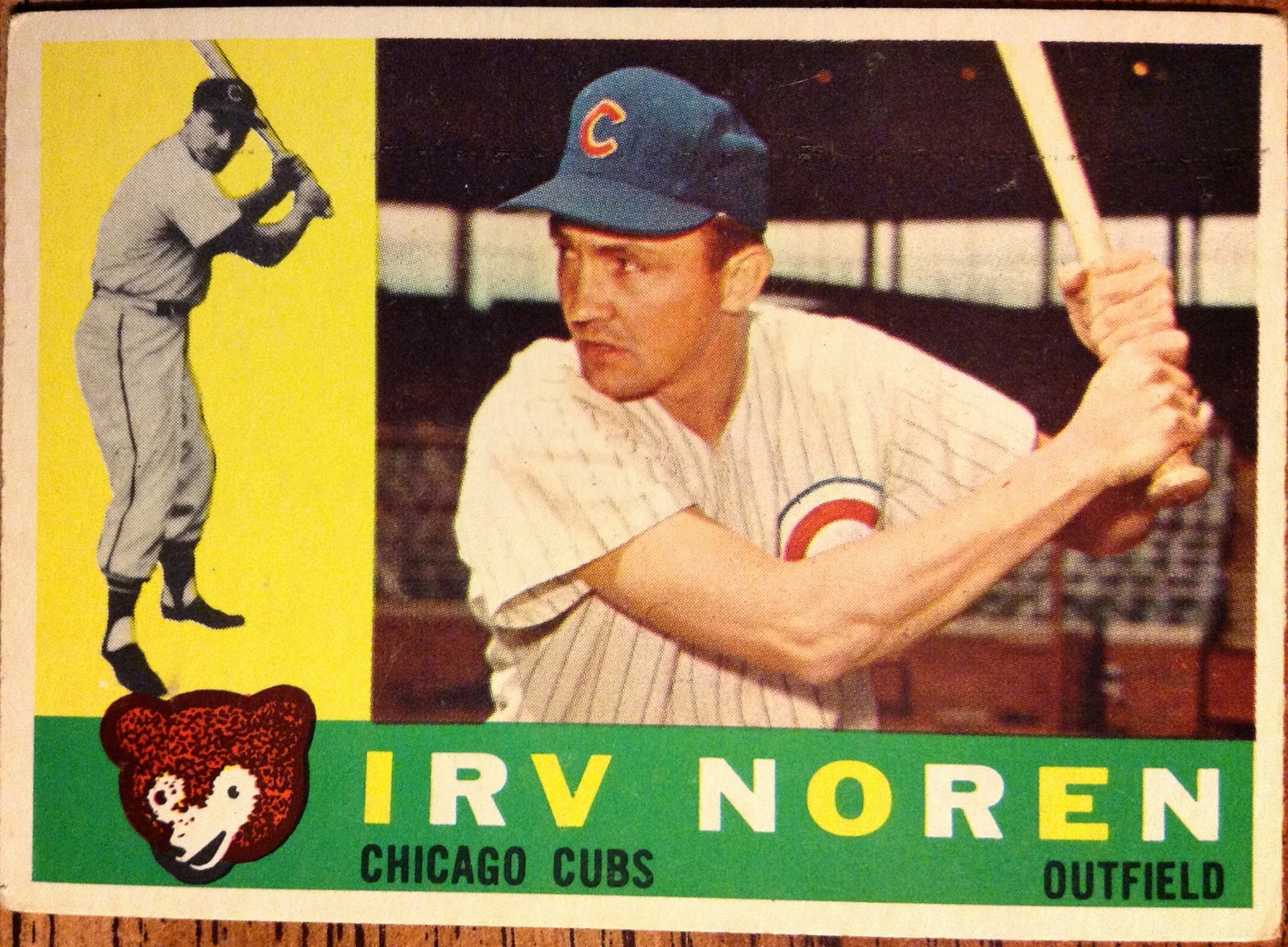 The former Senators and Yankees star bounced around a little bit towards the end of his career and in 1959, he bounced right into Chicago.

In limited duty, he hit surprisingly well (.321 avg in 65 games) so the club let him stick around another season, as this 1960 Topps card shows.

Unfortunately, his statline wasn't nearly as pretty that year.  Come June, he was hitting .091 with no XBH and found himself cut.  After a quick cameo with the Dodgers that summer, Irv's MLB career was kaput.

Much like the McDaniel above, this card is a double Cubgrade.  Though you see a black & white 1953 Bowman card on top, it is a much more modern reprint.  Irv looks better in blue pinstripes anyway.

Finally, this last find was by far my favorite of the day and it was in a random binder in the back of the store that I noticed right before I walked out.  It's a card I've been searching for ever since I joined the blogosphere... 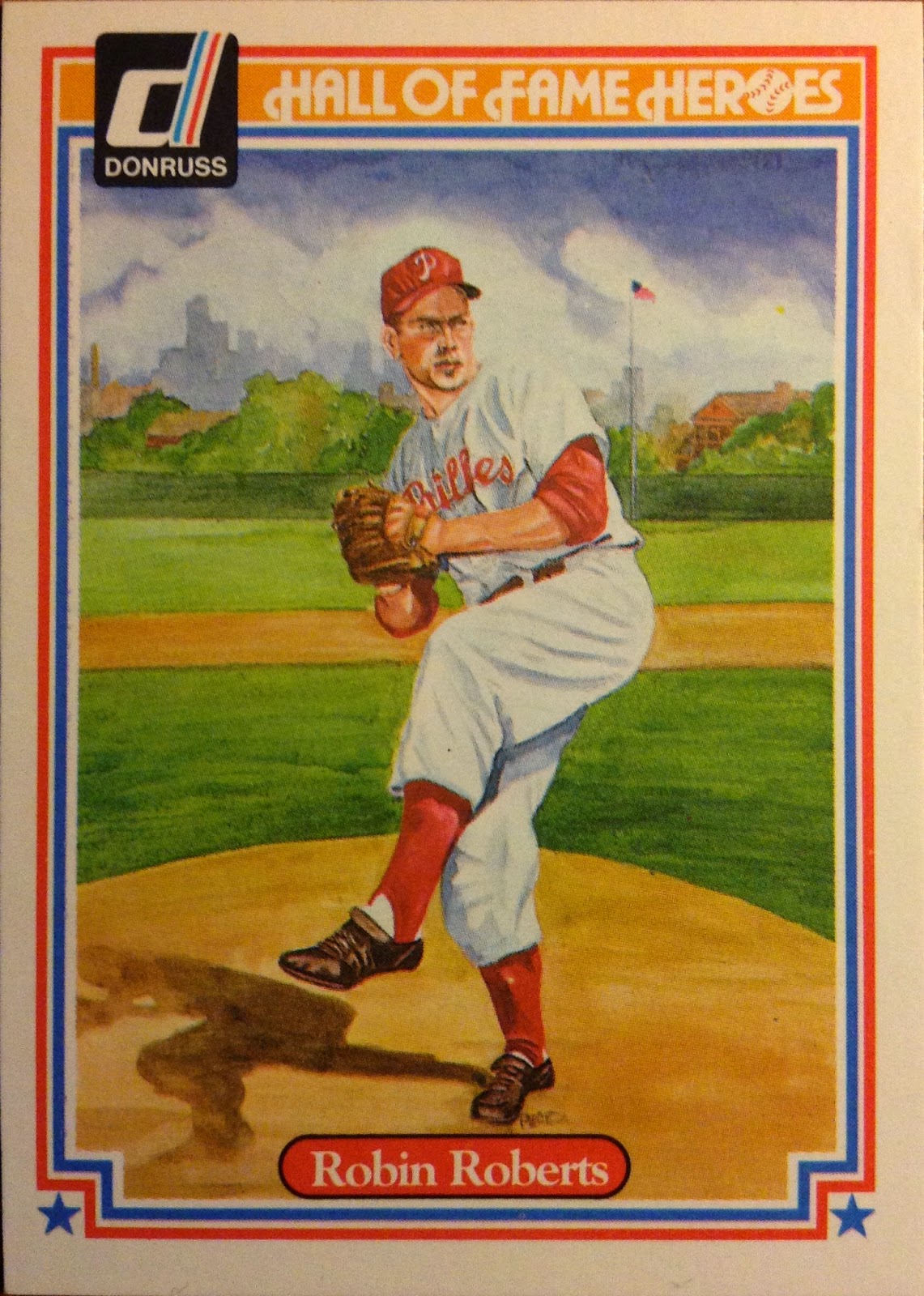 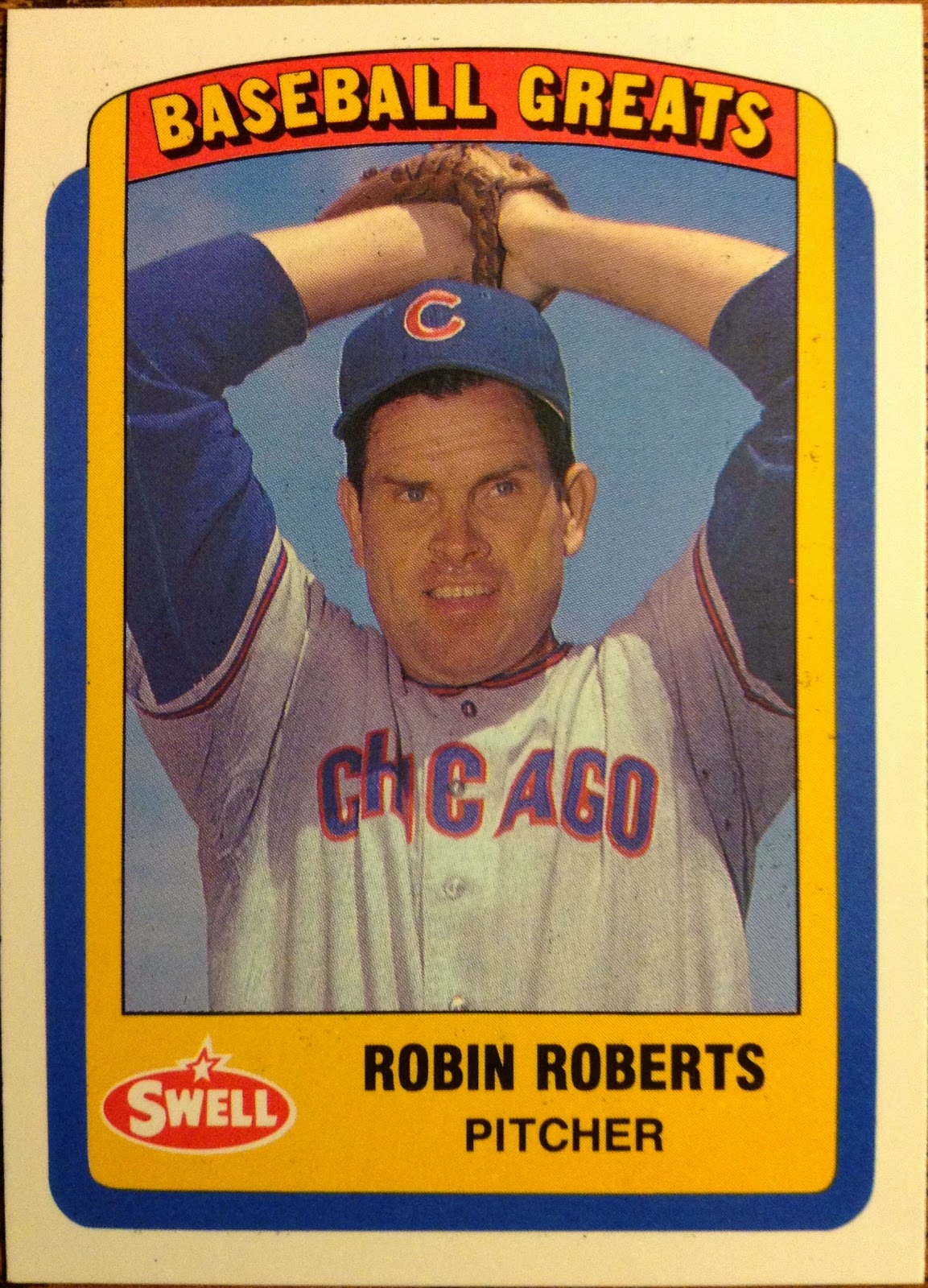 Before I discovered all these wonderful blogs, I was completely unaware that this Hall of Famer had any cards that showed him in Cubs fatigues.  After all, his stop in town was both brief and unsuccessful.

The Illinois native and former Phillie ace went 2-3 with a 6.14 ERA in 48.1 innings, his last innings in a MLB uniform.

Although I don't know why Swell chose to honor him with a picture from that dismal stint in their 1990 Baseball Greats set, but I'm quite thankful they did.

I was ecstatic to find this card at a random trip to the LCS; I knew I had to have it the first time I saw it.  But, I expected that I'd have to turn to Ebay or COMC to eventually find it.

Is it just me, or does ordering specific cards from these sources almost feel like cheating sometimes? I like the thrill of finding cards physically in front of me, after leafing through binders and digging through boxes.

These were the only Cubgrades I made on this particular trip to the LCS.  However, as I mentioned earlier, I was able to find some entirely new players for my CATRC as well; I'll be showing those off tomorrow.

In the meantime, I should probably get back to work.  Stupid real world.