It Came From Within

The call is coming from inside the house!

A few months back, I purchased a full set of 1911 Turkey Red reprints, produced by the one and only Renatta Galasso in 1982, in hopes of adding some new Deadball Era Cubs to my CATRC.

It was a very fruitful acquisition and apparently it's still giving. 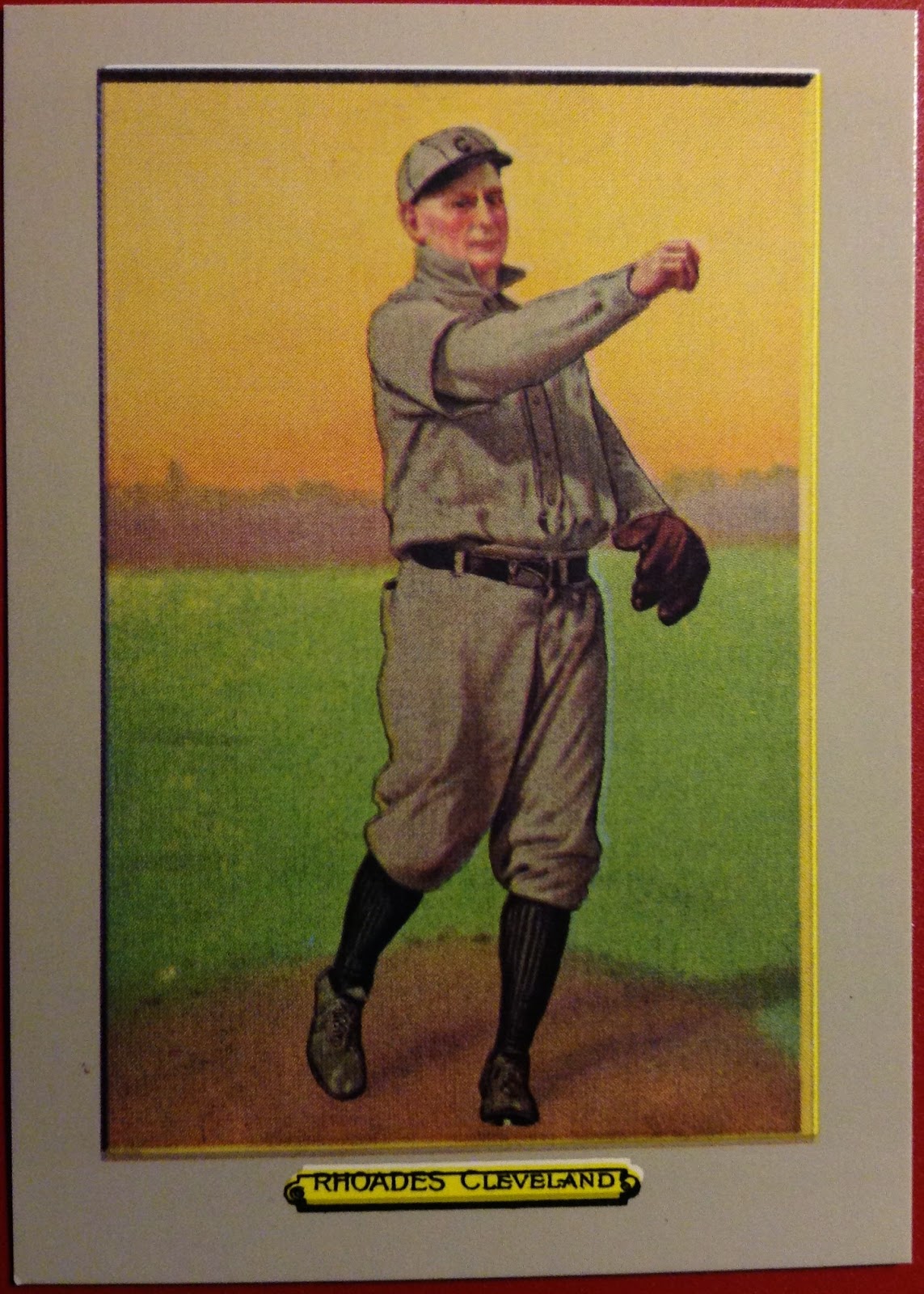 I often peruse "Today's Cub Birthday" listings at Just One Bad Century; I plug the more obscure names into Ebay just to see what kind of cardboard is floating around, if any.  This past Saturday, one Bob Rhoads popped up.

When I punched in his name, I saw a listing for his original 1911 Turkey Red card.  "Well," I thought to myself, "how come I don't already have this guy in my binder then?"

I immediately consulted my CATRC binder to make sure that I hadn't simply forgotten to cross him off of my list.  Nope, he wasn't in there.

Did Mrs. Galatto forget to include Rhoads in her reprint set?  I sure hope not. 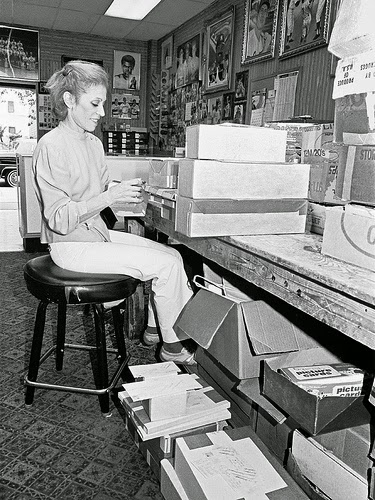 
I went back and dug up the non-Cub remainders from the set from my trade-bait box and, sure enough, no more than 5 cards from the top was Rhoads, just staring back at me.

Looks like I need to pay more attention when sorting sets.  My theory as to how I missed Bobby (other than simply not paying attention) centers around the spelling of his last name.

Turkey Red and later Mrs. Galasso erred with her spelling.  They added an extra "e" so that it read "Rhoades" on his nameplate. 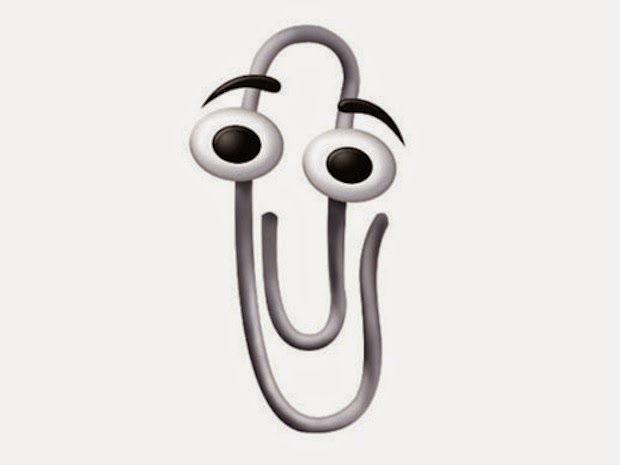 
Since the first name is not included on the cards, when I researched the more obscure names, I had to rely on searching the last name on BBref.  Hopefully, I'd be able to match that up with the correct player.

There have never been any "Rhoades" to play in Major League Baseball.  Ever.

Thus, I likely saw that, set it aside to do some further research into the card/player, and proceeded to forget about the mystery entirely.  Silly me.

For the record, "Dusty" Rhoads was a reliable rotation piece for Cleveland from 1903-09, slotting as their 2nd or 3rd starter and going 88-66 with a 2.39 ERA in that span.  Very respectable numbers in an era of little offense.

However, before that, he was given an audition with Chicago in 1902 (where he was teammates with yesterday's Old as Moses Monday subject Germany Schaefer).  His 4-8 record with a 3.20 ERA in 118 innings deemed him expendable and he was traded away to St. Louis (how he got to Cleveland has been lost to time). 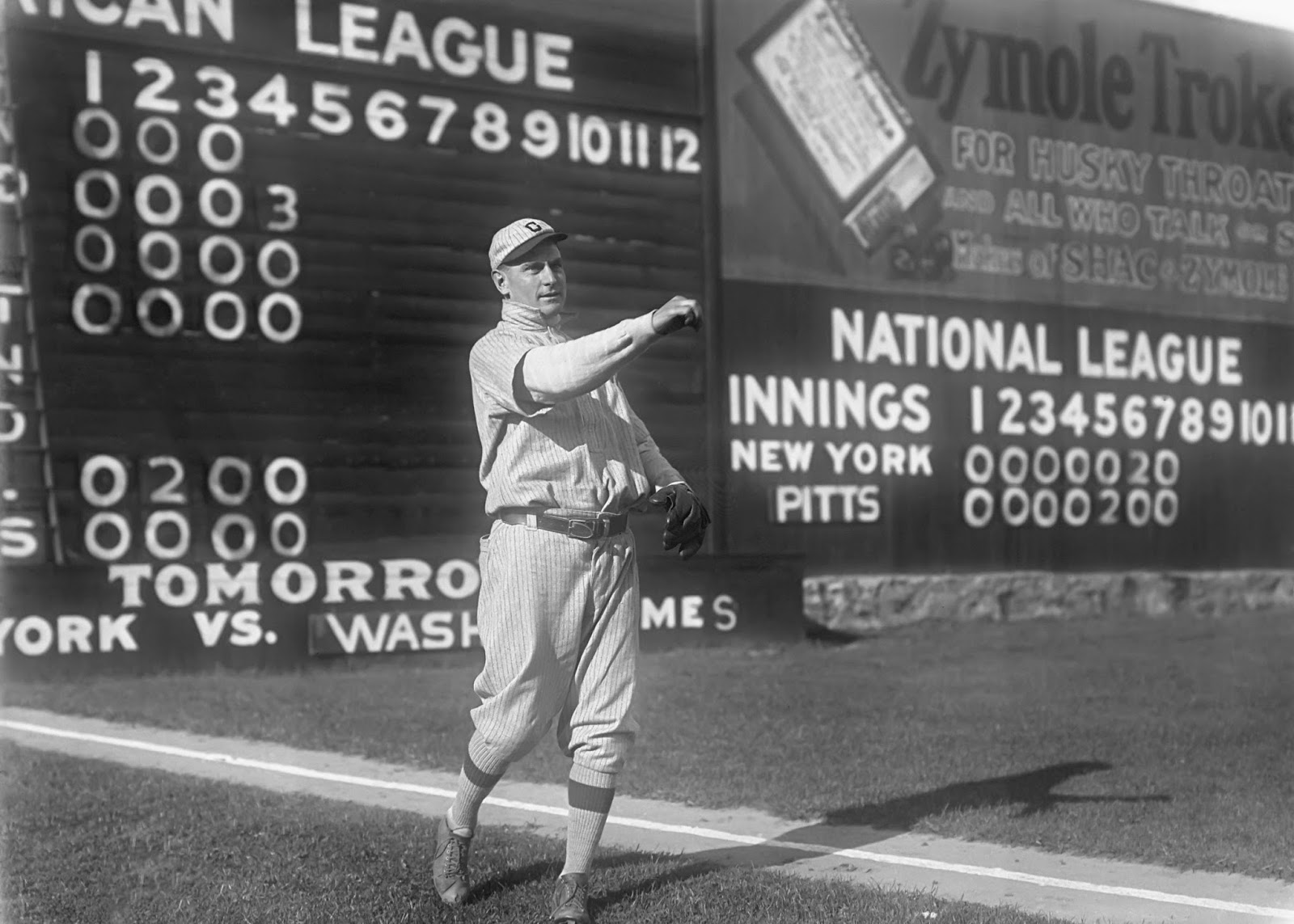 Rhoads warming up at old Hilltop Park during his last season in the Majors, 1909
Courtesy of the Charles Conlon Collection

Though he went on to have a good amount of success, it wasn't such a raw deal for Chicago.  The piece they got in return for his services was Bob Zick, who was eventually himself flipped to the Reds for Orval Overall - a key cog in the wheel of the blossoming Cubs dynasty.

No mistakes made there.

On the flipside, at least the error of my ways has been realized and Bob is now sitting in his rightful pocket of my CATRC binder.  Nothing like adding a new card to the collection for free (kinda), even if it was a result of my own absent-minded ways.