Had One In The Can

Editor's note - this post is several months late, as I started laying it all out just a few days before my blogging blackout.  However, though timely it is not, it is all but ready to go.  So, I might as well just go ahead and fill in the gaps and click publish.  I'd hate to waste it...

Ever since he began to sniff the Big Leagues, the Cubs' Kris Bryant has had a corporate relationship with Red Bull.  Over the years, the star third baseman and the energy drink behemoths have come together for a series of truly fun promotional gags.  For instance, one year Kris punked an entire collegiate baseball team as a "foreign transfer student."  Another year, Bryant had the tables turned on him as Red Bull had Greg Maddux pose as a sound guy with a mean hook.  Whoever the creative minds behind these campaigns are, they are truly earning their presumably hefty paycheck.

Earlier this summer, RB and KB got together again to host a home run derby right smack in the middle of the Chicago Loop:

It's moments like these where I miss working downtown....

Anyway, there's another aspect of the Red Bull/Kris Bryant sponsorship pairing that is becoming something of a hallmark.  The energy drink with the largest market share in the world has taken to spicing up their iconic can design with the faces of prominent athletes and celebrities which endorse their product and other intellectual properties, i.e. pro video gamer, Ninja, Team Red Bull F1 driver, Daniel Ricciardo, the characters from Capcom's Street Fighter video game series, and Pac-Man, among others.  After all, collectors will buy just about anything related to their favorite people and things.

During the outset of the 2018 baseball season, Kris Bryant's face was also sharing space with the dueling crimson bulls on blue and silver cans across the Chicagoland area.  Being the rabid Cubs fan I am with a potentially problematic energy drink habit, you better believe I grabbed one of these bad boys for my knick knack shelf; heck, I even banged out a post about the canister here.  Red Bull must have done pretty well in the Windy City that April, as they trotted out KB cans once again at the Chicago River home run derby, only this time with a slightly different design.  I mean, it's no secret that we collectors have to have every little variation, right?

Although I was unable to make it to the event in the Loop, these special edition cans soon found their way into grocery stores and filling stations throughout the suburbs and you damn well better believe that I grabbed one... I'm no exception to that "every little variation" quirk, you know.

This is what the Kris Bryant Red Bull can - 2019 edition - looks like.  I included a promotional image from a since lost article, seeing as the photography in this post leaves plenty to be desired.  Of course, I'm not sure how much the admittedly small and pixelated .jpeg is helping.  Nevertheless...

To sum it all up, the design of Red Bull's iconic product doesn't change very much, except that you get to see Kris Byrant's face as he steps up to the plate in a RB cap in one blue parallelogram and his powerful cut in the other.  Also included are an advertisement for a contest to hit the batting cages with the 2016 NL MVP and a faux signature, both of which occupy the silver negative space.  All in all, it's very simple and barely messes with the famous color scheme and design.  Sadly, there's no Snapchat filter/game via Snapcode included on this year's can.  😦 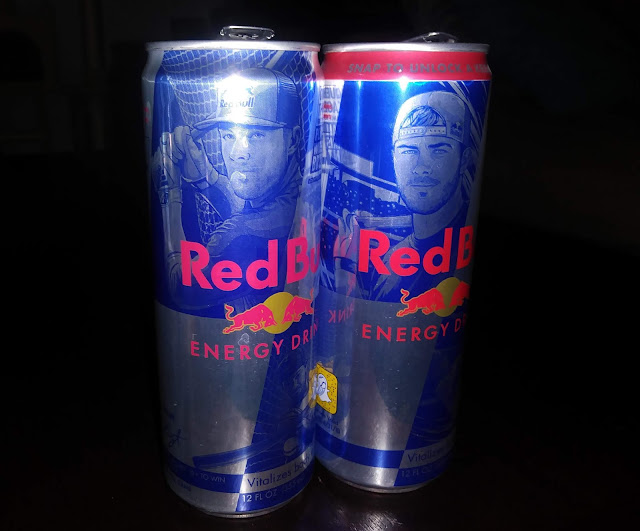 Again, poor photography, but you get the gist.  For a full look and review at least year's drink container, you can check out my thoughts right here.  Essentially, it all boils down to this:  same idea, different pictures.

It was after washing out this can of Cubs-themed Red Bull that I realized I had unknowingly dived head first into yet another collection, something which my wife will verify that I already have far too many of in my limited living space.  Now with two Cubbie energy drinks to go along with a pair of Northside baseball themed beer cans, I have a blossoming beer/pop can collection building up on my shelving unit: 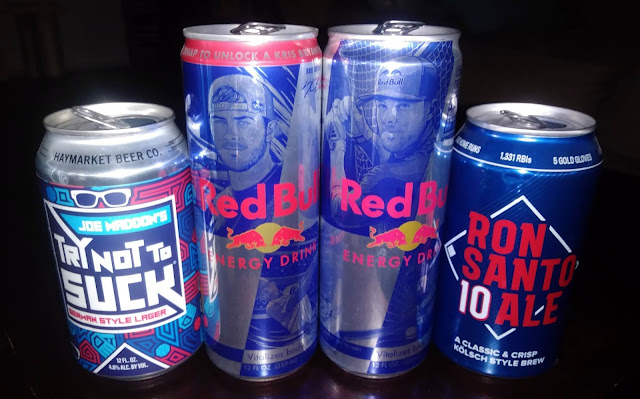 In case your curious, you can read about Joe Maddon's  "Try Not to Suck" German-style ale (which doesn't suck, but also doesn't leave a large impression) here or the fantastic sampling of "Ron Santo 10 Ale" - gifted to me by P-Town Tom, of Waiting 'til Next Year fame - over here.

At this point, all I need are some of those vintage RC Cola cans from the 70's and I'll have all the Cubbie beverage canisters that I can think of! 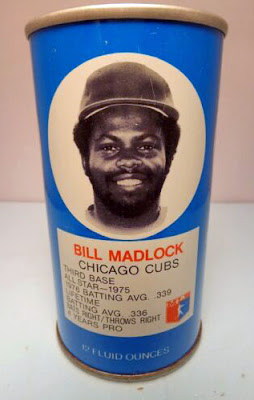 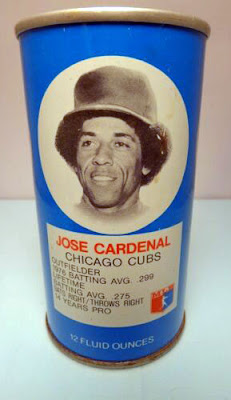 These two would definitely fit in with the rest of my Cub-cans.

Is there anyone else out there that picks up and hangs onto these special edition cans of Red Bull?  Or, perhaps we have more Monster fans on the blogosphere?  Did anyone else out there accidentally stumble into a side collection in the same manner as I did my can stash?  Does anyone know of any other North Side baseball themed beverages that I should be keeping my eyes open for?  Please feel free to weigh-in in the comment section below; I'd love to hear from you!

In the meantime, after banging out this post, I might need to wander down to the gas station next door and pick up another can and "ride the bull" again just to find the energy to make it through the day.  Grant me sustenance, Kris Bryant! 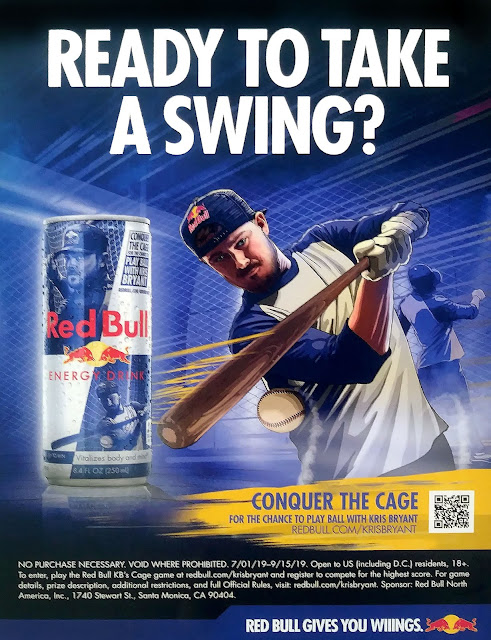