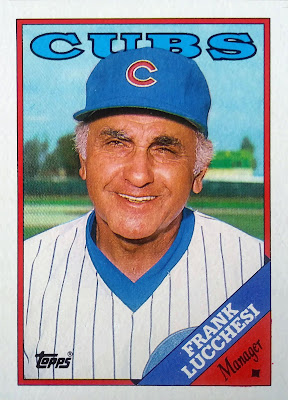 Yesterday, word began to leak to the press that longtime former manager and coach, Frank Lucchesi, had passed away.  On Saturday, the 92-year old baseball lifer died from unspecified causes in the Dallas area.

Mr. Lucchesi began his career in professional baseball way back in 1945 when he first suited up for the Portland Beavers of the Pacific Coast League at a spy 18 years old.  He would spend the next 13 seasons plying his trade in the bushes, but he would never reach the ultimate peak as a player.  After he officially hung up his cleats in 1957, Frank grabbed a clipboard and took to coaching.  For thirty-one years, the wry veteran would pass on his knowledge and lead baseball clubs up and down the professional baseball ladder.

On the Major League side, Frank Lucchesi is best remembered for his stint as skipper for the Philadelphia Phillies and his tumultuous time at the helm for the Texas Rangers.  For the former, he is most notable for leading the team in their last contest at old Connie Mack Stadium and their first at Veterans Stadium.  Otherwise, this team in transition didn't provide many highlights for his resume.

On the other hand, for the latter, Frank succeeded the embattled and controversial Billy Martin only to get punched out by his own second baseman, Lenny Randle, in a dispute about playing time in 1977.  Randle was upset with losing time at the keystone to rookie, Bump Wills, and his anger eventually boiled over.  The strike wasn't a glancing blow either, as the punch caused a fractured cheekbone, a concussion, and a busted lip.  Afterwards, Frank would soon find himself demoted back to a coaching role and embroiled in a lawsuit against his former middle infielder, who was immediately suspended and then sent packing.

All in all, Frank Lucchesi managed for seven years in the Majors, with a career record of 316-399 for three different clubs. 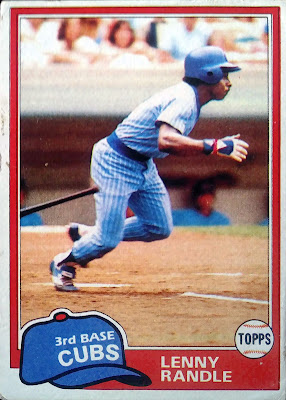 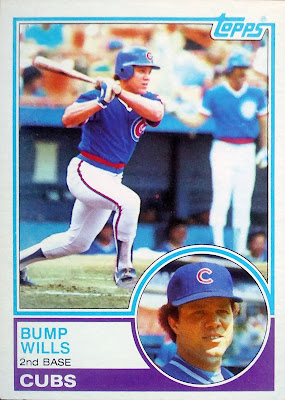 Both Lenny and Bump would eventually end up with the Cubs, though - thankfully - not at the same time.


That's right, three.  It's easy to forget (and maybe you never even knew), but Frank once again donned an MLB uniform in 1987, a full decade after his last managerial job.  After the future Yankees General Manager and dynasty architect, Gene Michael, voluntarily stepped aside as manager in the waning days of the 1987 season, the Cubs found themselves needing an experienced fill-in on short notice.  You see, there were several candidates on the coaching staff who were raring to go, but GM Dallas Green did not want to throw any of them into the fire.  After all, the Cubs had already entered a death spiral after looking competitive in the early summer - no one was going to look good at the front of that train wreck.  It was best to put off the search until the off-season.

Green turned to his friend Lucchesi, who Dallas had know since working in the Phillie front office in the early 70's.  Frank had been serving the Cubs as a scout, but Dallas needed someone he could trust to steer his team through a rough transition. The expectations were nil - basically just get through the end of the calendar and evaluate the state of the roster.  In this interim role, Frank led the club to a 8-17 record before going on his merry way (without fisticuffs) at the end of the campaign. As for the future, Lucchesi himself told the press that he would not seek and was not a candidate for the regular job.

For 1988, out of a pool of hopefuls which included Billy Williams, John Vukovich, and Johnny Oates, Don Zimmer was promoted from third base coach to take over the young roster, planting the seeds for the "Boys of Zimmer."  Perhaps Lucchesi's evaluations at the tail end of the '87 season helped shaped the club that would surprise everyone by winning the National League East crown in 1989? 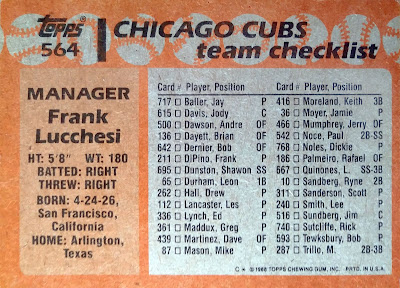 Despite the acknowledged temporary nature of his role, which lasted for just 25 games at the end of a lost season, Frank Lucchesi managed to sneak into the checklist of 1988 Topps in a Cubs uniform.  The announcement of Popeye's succession into the manager's chair must have been made too late to include him in the set and Topps needed a face for the front of the Lovable Losers' checklist.  At any rate, I'm thrilled about that development, seeing as it's a minor miracle that Frank Lucchesi has a true, Cubbie Blue card for my Cubs All-Time Roster Collection with his brief and unremarkable Chicago tenure.

Brevity aside, a Cub is a Cub no mater how long they called Wrigley Field home.  With that in mind, on behalf of Cubs fans everywhere, I say thank you, Mr. Lucchesi, for stepping up when the North Siders needed you in 1987 and thank you for dedicating your life to America's pastime. 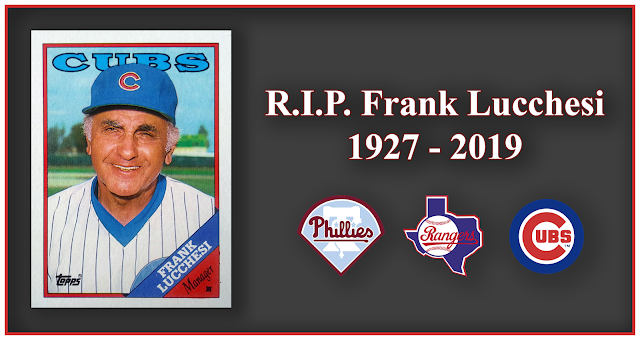