About a week and a half ago, I sang the praises of Ars Longa, a new company that specializes in producing art cards that evoke the tobacco era and feature players of that same time.  As of now, they are only available on eBay and are a tad pricey, but they are unique and depict players that are just waiting to be added to my Cubs All-Time Roster Collection.

I was so happy with my "Wild Bill" Hutchison, that I decided to go ahead and pull the trigger on another long-forgotten name, one Marty Sullivan.  However, this time I opted for a card from another one of their series - Pioneer Portraits.

Pioneer Portraits features players and baseball dignitaries from 1875-99 in a portrait format.  They take inspiration from the studio portraits & carte de visites (CDVs).  All in all, they make for a quite classy baseball card: 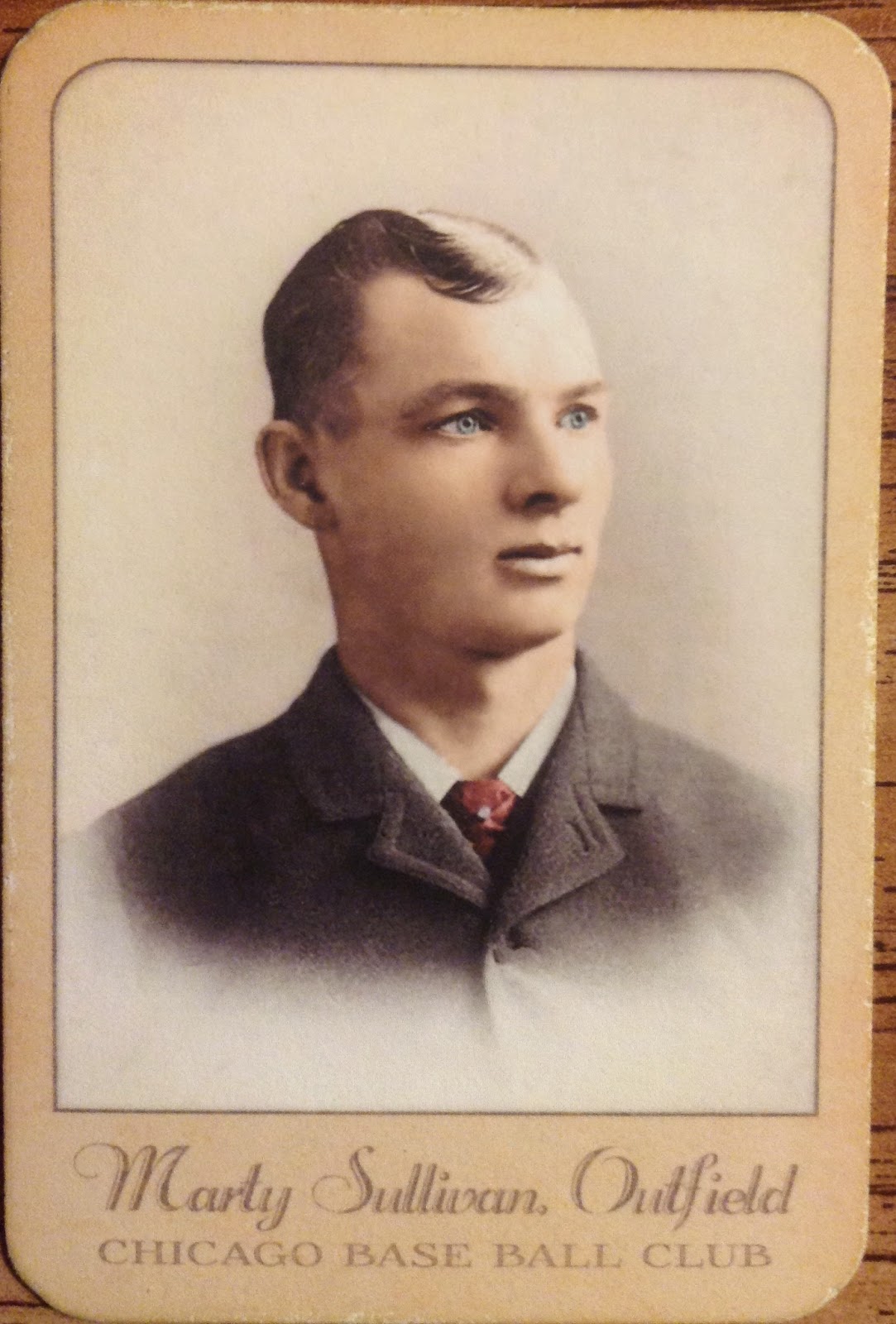 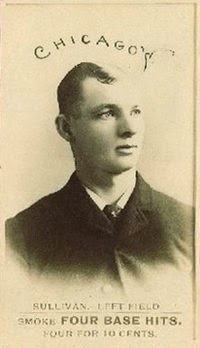 Beautiful colorization on the black and white photo; compare the Ars Longa to an original tobacco card which used the picture.  As someone who had to do this many times my college photo editing classes, I can say that making it look that natural is very much a pain in the butt.

Plus, another excellent job with the advertisement on the back; it really adds a lot to the aura.  These truly are "art" cards! 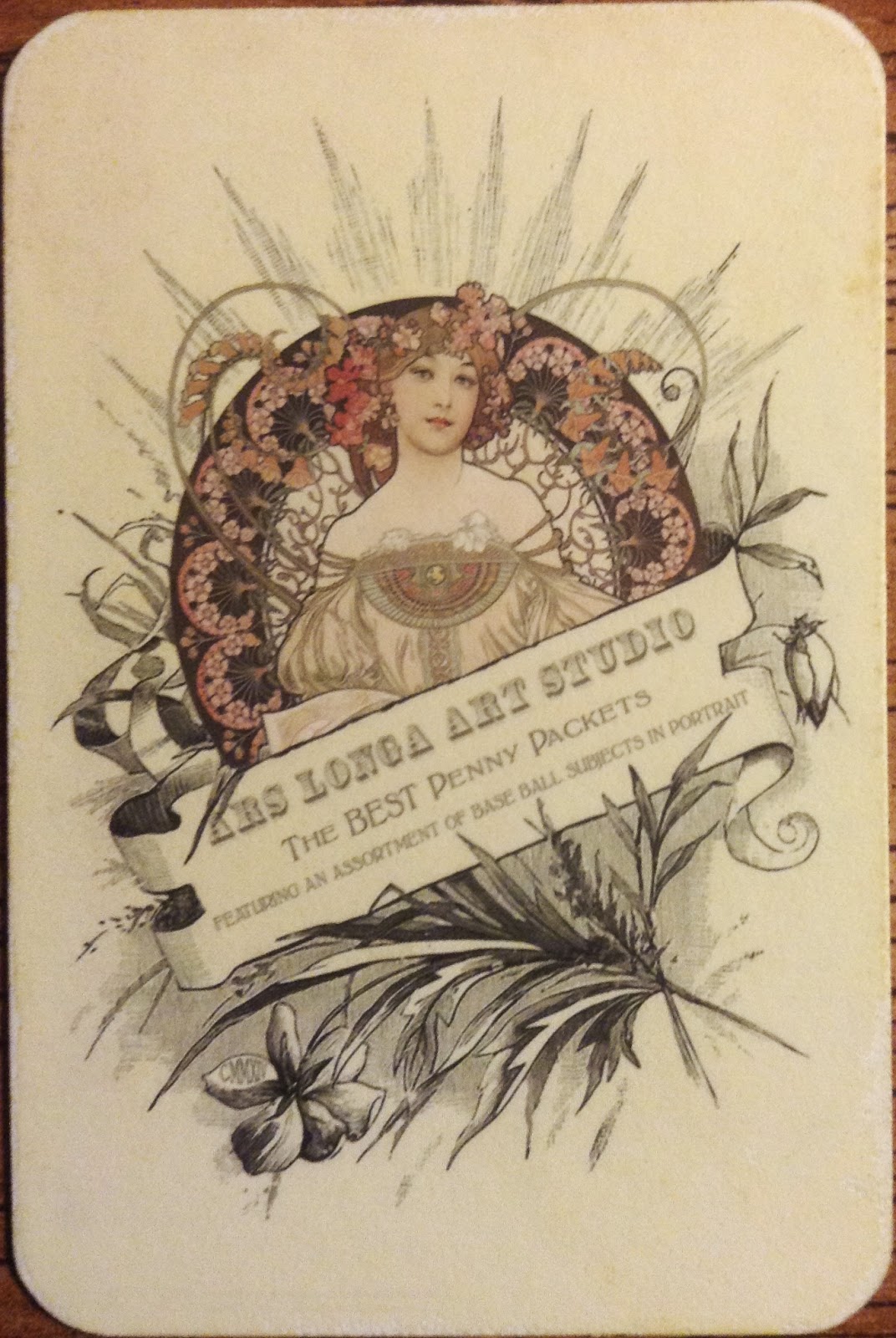 As for the player depicted, there's not a lot of information available about Mr. Sullivan.  What I do know is that he was an outfielder in the NL from 1887-91.  He broke in with the Cubs (then White Stockings) as an everyday outfielder with Anson and Co.  In 115 games in '87, he batted .284 with 7 HR and 77 RBI as a key offensive piece. 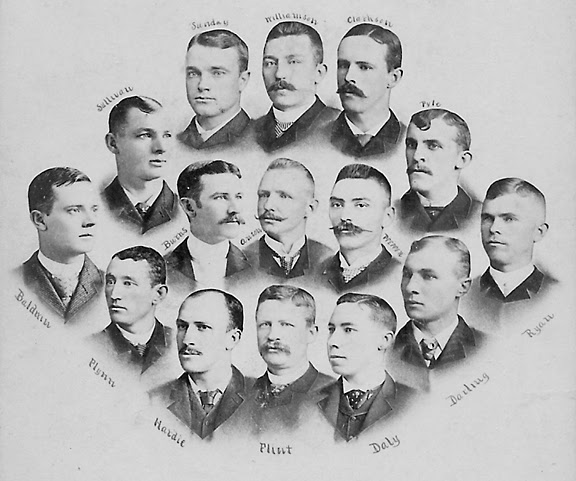 The 1887 Chicago White Stockings; can you spot Marty?

However, he fell off the next season, batting .236 with 39 RBI through 75 games, though he still matched his home run total.  But, it wasn't enough to keep his roster spot and he found himself in Indianapolis in 1889.

After stints with the Boston Beaneaters and Cleveland Spiders, he was done with Major League Baseball by 1891.

And that, my friends, is all I can dig up about Mr. Marty Sullivan.

In conclusion (now this feels like a high school English paper), I recommend adding at least one Ars Longa art card to your cardboard collection.  If for nothing else than the novelty factor; they are really cool to look at after all!

Note - they're only produced in limited runs.  You can check out which cards they are currently selling right here.